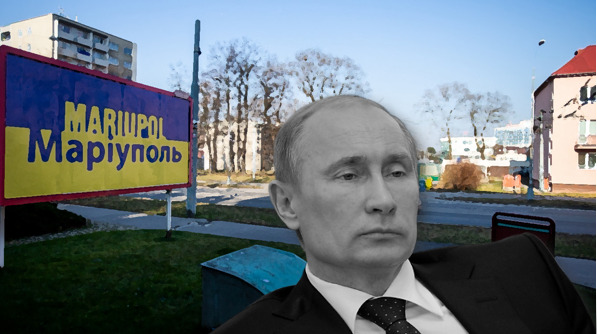 The Ukrainian city of Mariupol has been under siege by Russian forces for over 20 days now. Local authorities say that 80% of the city’s infrastructure has been destroyed.

The city is enduring a phase without water, electricity, medical supplies, and food. So, it is becoming largely unsustainable for Ukraine to hold on to the city. Once it falls, Russia will get a major advantage in the ongoing war, which explains Russia’s focus and mobilization around Mariupol.

Mariupol is just a city after all. It occupies a small territory. However, its location is quite strategic as it sits in between Crimea and the separatist-held, pro-Russia Donbas region of Eastern Ukraine.

For Russian forces coming out of Crimea, occupying Mariupol will allow them to push north-east and link up with the Donbas region. General Sir Richard Barrons, a British military veteran said, “When the Russians feel they have successfully concluded that battle, they will have completed a land bridge from Russia to Crimea and they will see this as a major strategic success.”

Strangulation of the Ukrainian economy

Mariupol is a major industrial center for Ukraine. It is known as a metallurgical stronghold for iron and steelworks, manufacturing of heavy machinery, and ship repairs. Metinvest, Ukraine’s leading metallurgical group, owns some of the country’s largest steel plants in Mariupol.

And then, Mariupol is also an important port for Ukraine. It is the largest port in the Azov Sea region. It serves as a key export base for shipping grain, iron and steel, and heavy machinery to European and Middle East countries like Italy, Lebanon, and Turkey.

Once Russia occupies Mariupol, it will practically gain control of 80% of Ukraine’s Black Sea coastline. It will be in a position to substantially isolate Ukraine and cut off its maritime trade with the rest of the world. Ultimately, Ukraine’s ability to continue fighting the war will witness an erosion beyond recovery.

When the Russia-Ukraine war started, Russian President Vladimir Putin had talked about the ‘de-Nazification’ and ‘demilitarisation’ of Ukraine. Putin was referring to the far-right and racist groups in Ukraine’s police and military forces like the Azov Brigade.

Azov Brigade, which historically includes neo-Nazis, has deep roots in Mariupol. Azov Brigade’s neo-Nazi outlook isn’t subtle either. Its emblem features a ‘Wolfsangel’ and ‘Black Sun,’ signs that are associated with Nazi Germany and neo-Nazis today.

Moreover, Mariupol is also a part of Putin’s idea of “Novorossiya”, which is a territory that stretches across Eastern and Southern Ukraine along the Black Sea coastline. Putin views it as “historically Russian lands”. Therefore, apart from all the strategic importance that Mariupol carries, there is also a lot of symbolism, ideological significance, and messaging involved.

Russia is sitting in a very comfortable position with the siege of Mariupol. And once the city falls, it will go down as a big turning point in the war.