All Russian allies are supporting Putin’s war in Ukraine, but none of US allies is backing Biden 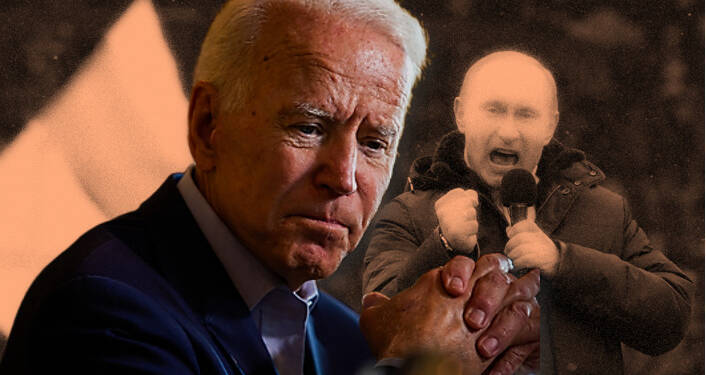 AMERICA IS BACK! Joe Biden proclaimed after winning the 2020 Presidential polls. Well, just over a year after he assumed office, Putin went to war with Ukraine. And today, all of the Russian allies are supporting Putin’s war whilst no US ally is backing Biden.

In fact, Russia is getting economic, diplomatic, and military support. On the other hand, all that the US is getting is a bit of verbal support and some token initiatives.

Russia getting support of foreign fighters

For several years, Russia has backed sitting regimes in the Middle East and Africa from rebellions, radicalism, and instability. These countries view Russia as an ally against Western interventionist policies and regime change wars. And these regimes are now ready to return the favor.

As per the Syrian Observatory for Human Rights, Russian officers have set up registration offices to recruit Syrian fighters. In fact, 40,000 Syrian fighters are said to have been recruited to fight for Moscow against Ukraine. Members of the Syrian army and armed militias with prior combat experience too have been put on standby.

Read more: As Biden and company mount an attack on Russia on the Ukraine front, Putin plays his Syria hand

Then, in Africa too, Russia is getting a lot of diplomatic and military support. During the United Nations General Assembly vote on Ukraine, 24 countries refrained from condemning Russia, 16 abstained, 7 didn’t participate in voting and only one voted against Moscow.

In fact, the Wagner Group, a Russian private military company with a good presence in Africa, is reportedly offering starting salaries of $2,000 per month for foreign fighters joining Russia’s war against Ukraine.

Western attempts to isolate the Russian economy too haven’t been very successful. Russian oligarchs and other sanctioned individuals have been able to find safe havens in Israel and other neighboring countries.

Kerobian said, “About a dozen companies have already effectively relocated, while several others are on their way.”

Apart from Armenia, India too isn’t bowing down to Western sanctions. Despite Western pressure to not buy oil from Russia, New Delhi made it clear that countries with “oil self-sufficiency or those importing themselves from Russia cannot credibly advocate restrictive trading”.

Meanwhile, China has kept the trade open with Russia despite the sanctions threat. Earlier this month, Chinese Foreign Ministry spokesman Wang Wenbin said, “As we have repeatedly said, we believe that sanctions are not an effective solution to solve problems. It is China’s consistent position that we oppose all illegal unilateral sanctions. China and Russia will continue to carry out normal trade cooperation following the spirit of mutual respect, equality, and mutual benefit.”

US stands abandoned by its allies

However, the EU has itself purchased oil and gas worth billions of Dollars from Russia ever since the Ukraine invasion started. Meanwhile, even Israel has rejected repeated Ukrainian requests for arms and military gear.

The Arabs, who are US allies on paper, too refused to ramp up oil production. They are honoring the OPEC+ agreement of not raising oil output instead of helping the Western world lower oil prices and reduce inflation.

Apart from insignificant countries like the UK and Canada which have no autonomy in their foreign policy, no one is supporting Biden.

Biden actually needs to learn the art of keeping allies and partners in confidence from Putin. His administration has left the US marginalized. On the contrary, when Trump had imposed sanctions on Iran, he had managed to establish cooperation with India and even New Delhi had stopped purchasing Iranian oil.

The Ukraine crisis makes it clear that nothing can stop the Russian allies from standing firm with Putin despite being coerced by the Biden administration to fall in line with the West agenda.