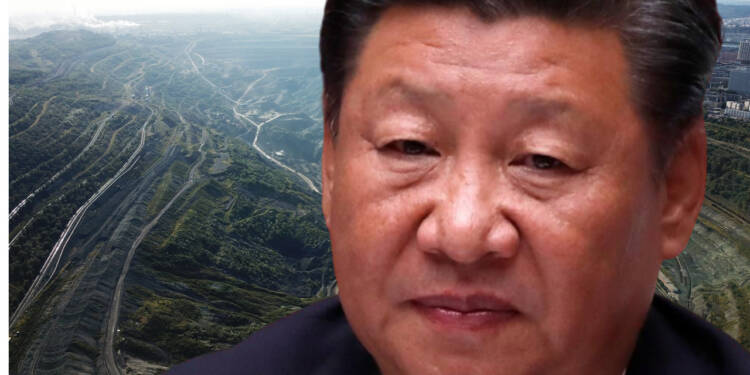 Of late, China has been trying to expand its foothold on global minerals and virtually hijack the international mining industry.

But China is suddenly getting kicked out of the global mining industry and China-operated mines across the world are getting shut down. In particular, China is facing a severe backlash in three key mining sectors –copper, cobalt and nickel.

How China tried to buy out the global mining industry?

The Sinosure report also pointed out that Chinese investments in copper, aluminum, rare earth, and lithium deposits across the world could help it gain a major advantage in key areas like new energy vehicles, high-tech manufacturing, and power equipment.

So, China was trying to control the global minerals supply chains. But it seems to be failing spectacularly now.

How the Russia-Ukraine war has dashed China’s nickel dreams

Let’s start with nickel, the crucial metal that is used in consumer electronics including mobile phones and electric cars.

Chinese nickel giant Tsingshan Holding Group Co. expected that prices of the metal would fall drastically and had wagered on lower prices. But then, the Russia-Ukraine war started and nickel prices started surging under fears of disruption to a leading nickel supplier—Russia’s  Nornickel.

At one point, the prices of the metal had surged by 250%, after which the London Metal Exchange (LME) had to halt trading. This is bad news for Tsingshan which had bet on lower prices but will now have to pay $8 billion or deliver nickel in kind if it has sufficient quantities of the metal.

With Tsingshan’s financial position turning precarious, the miner may now have to halt its plans of building a massive $1 billion iron-ore mine and carbon steel plant in the nickel-rich nation of Zimbabwe.

But nickel is not the only concern for China. The country has also faced a major setback in the Democratic Republic of Congo (DRC), the largest source of cobalt in the world. A DRC court reportedly ordered mining giant China Molybdenum to halt its operations in Tenke Fungurume cobalt and copper mine unless and until a shareholder dispute was resolved.

Read more: Congo kicks out Chinese company from one of the world’s biggest copper-cobalt mining sites

There is a bigger crisis brewing up for China as DRC President Felix Tshisekedi has also promised to “clean up” the country’s mining sector and review “infrastructure-for-minerals” deals with the Chinese entered into by the previous government. China was trying to loot DRC’s cobalt reserves but is now facing a major backlash in the African country.

Read more: China has been trying to cash in on Congo’s Cobalt reserves, but its new President has shown Xi Jinping the door

Peru won’t give its copper to China

And finally, we come to copper. MMG and two other Chinese state-owned enterprises had acquired Peru’s Las Bambas copper mine in 2014.

It was a special deal for Beijing as the Las Bambas mine is one of the world’s largest sources of copper and constitutes 2 percent of the global copper supply.

However, locals in the area haven’t been allowing the mine to function properly. As per Reuters, communities in the Peruvian Andes have blocked the key route on and off for a total of 400 days since 2016 when the Chinese companies started their operations at the mine.

The locals have been facing a lot of trouble due to Chinese operations at the copper mine. They complain that copper trucks pollute their crops, kill their animals and also fail to provide any financial benefits to the locals.

For the Chinese state-owned Minmetals Resources, the disruption in its Las Bambas operations is a major worry. A three-week blockade due to protests at the end of 2020 prevented MMG from transporting copper worth $530 million from the mine.

Changing policies around the world, protests by locals and suspicion of local governments are thus throwing Chinese mines out of business. Xi Jinping’s global mining domination dreams may thus be going down the drain.