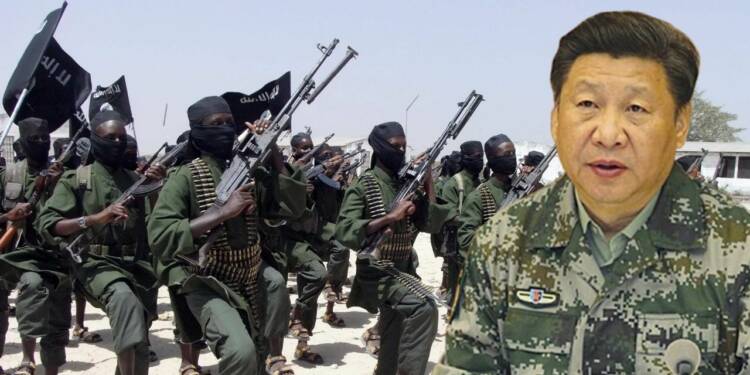 Iran and China are friends, right? Isn’t it a fact? Beijing and Tehran are practically part of an axis. They are strategic partners. In fact, China and Iran have also signed a 25-year secret military and intelligence deal worth $400 billion.

China is effectively creating a client state out of Iran. But then, a recent development has cast aspersions on the bonhomie between the two countries. The Shi’ite nation, as we all know, has a rather extravagant portfolio when it comes to maintaining an arsenal of violent militias and terror organisations that focus on strengthening Iran’s influence across the Middle East and Africa.

One such organisation is the Al Shabaab. This Iranian proxy organisation has been waging a war in Somalia. The group describes itself as waging jihad against “enemies of Islam” and is engaged in combat against the Federal Government of Somalia and the African Union Mission to Somalia (AMISOM).

Here’s where things get interesting. Al Shabaab, which is an Iranian proxy, has accused China of seeking to establish more military bases and of looking to expand its security footprint in Africa. The terror outfit also said that Beijing is working to grow its political and economic influence in the continent through the Belt and Road Initiative (BRI) and gain access to natural resources.

So, Al Shabaab has now earmarked China as the top target in its hit list. In what should send shivers down the spine of China, the terror group has declaredChina an enemy for its “genocide” against the Uyghur Muslims of ‘East Turkistan.’

East Turkistan is the name given to China’s Xinjiang region by those seeking to break it away from the Communist nation with the hopes of carving a new, independent country where the rights and lives of Uyghurs and ethnic Turkic minorities can be protected.

Basically, a proxy organisation of Iran has refused to use the term ‘Xinjiang’ for China’s Western province, and instead referred to the Uyghur homeland as ‘East Turkestan’.

The declaration against China came after Beijing delivered a donated shipment of military equipment to Somalia to help bolster the government’s military and security campaign against Al Shabaab. China is also slated to deliver additional weapons to Somalia’s government in subsequent tranches.

Al Shabaab is directly connected to Iran’s Islamic Revolutionary Guard Corps (IRGC). According to the Somali defense ministry and security officials, Iranian money, weapons, and ammunition may have been used in 2019 and 2020 attacks on U.S. military bases in Somalia and northern Kenya that were allegedly carried out by Al Shabaab. Iran has been running secret operations to undermine the United States in Somalia, by providing sophisticated weapons, improvised explosive devices, mortars, and chemicals to Al Shabaab.

What Will China Do Now?

China now faces a real and unexpected challenge. Xi Jinping would have never thought that a prime Iranian militia, controlled by the IRGC, would turn against it. However, that has now become a reality. China has been spooked like never before. The declaration of China as an enemy by the Al Shabaab has complicated ties between Beijing and Tehran. Iran’s indirect support for Uyghur Muslims of East Turkestan (Xinjiang) will certainly not be taken lying down by China.

Iran may be made to feel the pinch very soon. China can act in more ways than one against Iran. However, Al Shabaab has set a precedent. There is a high likelihood of other extremist Islamic organisations like ISIS and ETIM, and even nations, finally joining arms to denounce China’s treatment of Uyghur Muslims and its illegal occupation of East Turkestan.