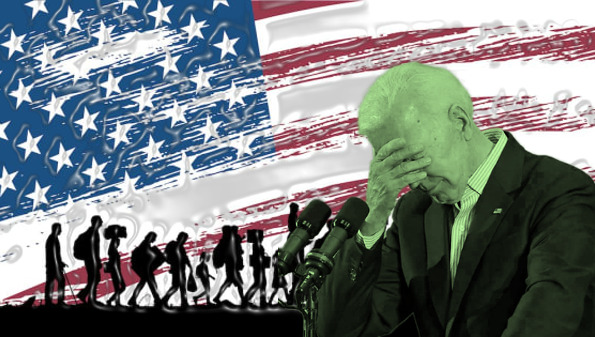 Americans don’t want to be ruled by elitist politicians. They are making it a point to escape governance by Democrats.

Some of the high-profile Blue states like California, New York, and Illinois are witnessing outbound migration. Where are they going? Well, towards Red states like South Carolina, Idaho, Tennessee, North Carolina, and Florida.

Hans Johnson, a demographer said, “We are in this new demographic era for California of very slow or maybe even negative growth.”

Hans added, “And it does have implications for everything in our state — from how we live our lives to which schools are getting closed down to how much capacity we might need for transportation networks, and eventually to housing.”

The New York-Newark-New Jersey metropolitan area isn’t far behind. It witnessed an outbound migration of 328,000 residents. Similarly, 92,000 residents left their homes in the Chicago area.

And then Democrat-ruled states and cities also tend to be characterized by high taxes, excess regulation, and exorbitant cost of living. The social welfare agenda and radical Socialist policies of far-left Democrats are making cities in Blue states unaffordable for an average American.

Finally, the concept of remote work has helped Americans relocate to more affordable cities without losing their jobs.

North American Van Lines (NAVL), an Indiana-based trucking company, compiles an annual report that keeps a tab on migration trends in the USA.

It found that the states with the most outbound migration last year were Illinois, California, New Jersey, Michigan, and New York. Considering the political shade. all these states are, of course, Blue.

On the other hand, the top inbound states were South Carolina, Idaho, Tennessee, North Carolina, and Florida, and all of them are ruled by the Republicans.

For many Americans, the right to move and settle down anywhere in the country has become an election of sorts. They are voting for freer cities with less regulation and low taxes on their feet.

In his book Free to Move, Ilya Somin stated, “When you decide what jurisdiction to live in, that’s a decision over which you have real control.” He added, “That, in turn, creates strong incentives to seek out relevant information and evaluate it in an unbiased way. You wouldn’t move to a new neighborhood, let alone a new state, without knowing what it’s like.”

So, the Great American migration is giving us a small trailer into what the upcoming US mid-term elections and the 2024 Presidential polls could look like. Americans are going to choose Republicans because GOP governance is what they prefer over the far-left policies being rolled out by Democrats.