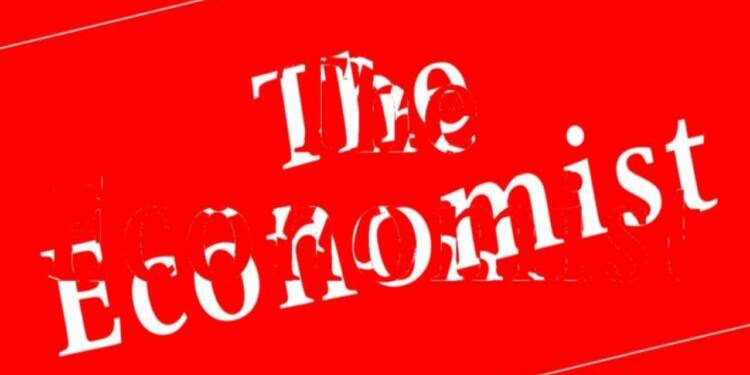 What does Western media think of itself? Seriously, the political class in the United States of America, the United Kingdom, Canada and other such countries thinks it has some sort of moral superiority over India. Do you want to be let in on a secret? The fact is that their sense of supremacy stems from their inherent and deep-seated sense of racism and disgust against Indians in particular, and Asians in general.

Let me tell you a fact now. Europe’s import of Russian oil and gas is 100 times larger than the volume of India’s oil purchases from Moscow!

Now let me come to what has infuriated many Indians. The racists at ‘The Economist’ decided that India purchasing 2% of its total oil and gas needs from Russia is a bigger problem than Europe sourcing close to 40% of its energy needs from Moscow. The Economist also chose to ignore the fact that the West has been buying more Russian oil after Putin launched the invasion of Ukraine than it did before February 24 this year.

What has The Economist Done to Anger Indians?

The West loves deriding India using cartoons. The Economist has jumped on the bandwagon and sought to guilt-trip Indians for using Russian oil. In a cartoon by one ‘Kal’, the Economist shows Russian President Vladimir Putin, Chinese President Xi Jinping and Indian Prime Minister Narendra Modi in one frame, standing over a landmass that has been divided into Russia, China and India.

Xi Jinping is the one who is shown trying to tell Narendra Modi that Vladimir Putin “has Ukrainian blood on his hands”. In a rather ambiguous way, in which it is not clear whether Jinping is the one saying it or Prime Minister Modi, the cartoon contains text showing either of the two saying, “But we can wash it off later with Russian oil”.

What about the Russian oil that you and your racist masters are guzzling, @TheEconomist? We know you all hate Asians, and Indians in particular. Stop making it so obvious, otherwise we will bring your evil empire down. pic.twitter.com/1fZL2cSywE

Notice how Putin’s nose is extra-long, while Jinping’s is extra wide with small eyes? Moreover, who can miss the Economist’s take on PM Modi’s receding hairline? The cartoon is, in fact, a manifestation of the systemic racism prevalent within the offices of The Economist.

What About the Hypocrisy?

According to a report by the US Energy Information Administration (EIA), the volume of Russian oil imports by the United States increased by 43% from March 19 to 25 compared to the week before it. Data showed that the U.S. imported up to 100,000 barrels of Russian crude per day during the same period.

Now consider these numbers: The EU has transferred 35 billion euros to Russia’s bank accounts since the invasion started in order to ensure a continuous flow of oil and gas from Moscow. This amount equals one-fourth of Ukraine’s GDP. That is 35 times more than what the EU has offered to Ukraine in military aid! In monetary terms, the EU’s support for Russia is 35 times stronger than its support for Ukraine.

Antagonising India is not a Brave Choice

The Economist thinks its disrespect towards India and Indians will have no consequences. However, that is not the case. In fact, with every such cartoon, op-ed and video seeking to demonise India for its dealings with Russia, Western media outlets are burning the bridges between the United States, its allies and India.

Earlier, the New York Times was forced to apologise to India for its insensitive and racist cartoon. The cartoon showed a farmer with a cow knocking at the door of a room marked ‘Elite Space Club’ where two men sat reading a newspaper on India’s successful mission to Mars.

Such publications do not realise it but they are actually pushing India into the anti-West camp with their cartoons and derisive takes on our foreign policy. One hopes some sense gets knocked into them immediately, failing which, India will begin returning such favours in kind.