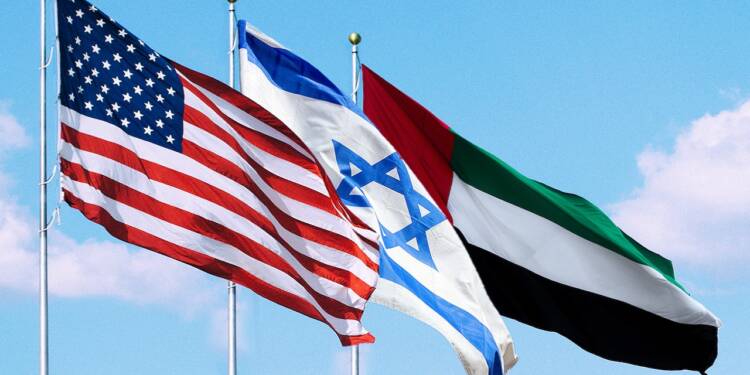 The United Arab Emirates has opened its doors to Israel. Ties between the two countries have been normalised, thanks to the 45th American President, Donald Trump. Although Joe Biden has been working to create conflicts in the Arab world, Israel and the UAE are seeing the bigger picture. In fact, the UAE has risen as the biggest proponent of Israel in the Arab-Muslim world. Don’t believe me? Well, here’s how the rich Arab kingdom is welcoming Jews to make the UAE their new home.

A Jewish neighbourhood is all set to be developed in the UAE for the country’s 2,000 Jews. In the coming years, the UAE expects more Jews to come and settle in the UAE, which is why the work on the specialised neighbourhood for the community was necessitated.

According to the United Arab Emirates’ senior-most rabbi, Dr Elie Abadie, the Gulf Cooperation Council plans to build its first dedicated Jewish neighbourhood, containing faculties and institutions for the thousands of Jews who have made the Emirates their home. The neighbourhood will have hotels, shopping centres, schools, a synagogue, and a community centre.

The Emirati rabbi said, “We will be seeing more houses of worship, schools − from nurseries to higher education – a dedicated place for the mikveh, a ritual bath designed for the Jewish rite of purification, more kosher food establishments, a community centre.”

Since the Abraham Accord with Israel was signed, the UAE has welcomed more than 200,000 Jewish tourists, with many exploring the idea of moving to the Emirates and establishing businesses for themselves. According to the rabbi quoted by The Jerusalem Post, this number will quadruple over the next five years.

The UAE and Israel would have made no official progress had it not been for former President Donald Trump. It is Donald Trump that brought the historic Abraham Accords into existence, courtesy of which, the Jewish community is now being accepted in the UAE. Soon, Jews will be able to call every Arab country their home and will have specialised neighbourhoods that cater to their needs and comply with the requirements of their faith.

Dr Elie Abadie also noted how every Arab country will have recognized Jewish communities in the next five years. He said he firmly believes that Saudi Arabia, Kuwait, Qatar, and Oman will follow suit and join the process of normalization with Israel, paving the way for Jews to openly practice their faith across the Gulf.

Again, the fact that Jews will soon be able to live peacefully and flourish as a community across the Gulf has a lot to do with Donald Trump’s proactiveness in promoting peace in the Middle East. Had it not been for him, the Arab world would still view Israel as a pariah and illegitimate state, and continue supporting the lost cause of Palestine like a broken record.

Read more: Iraq maybe the next country to sign the Abraham Accords

Do you remember when the Biden administration’s spokesperson, Jen Psaki called the Abraham Accords “dead on arrival”? That’s how much importance Joe Biden gives to peace in the Middle East! If at all, he is disturbed by the fact that Israel is moving ahead and establishing bilateral ties with Arab powers, while it rapidly moves out of Washington’s shadow.

Biden’s disgust for the Abraham Accords notwithstanding, the UAE and Israel are accelerating their ties at an unprecedented pace, and Jews are emerging as the biggest winners of the same.