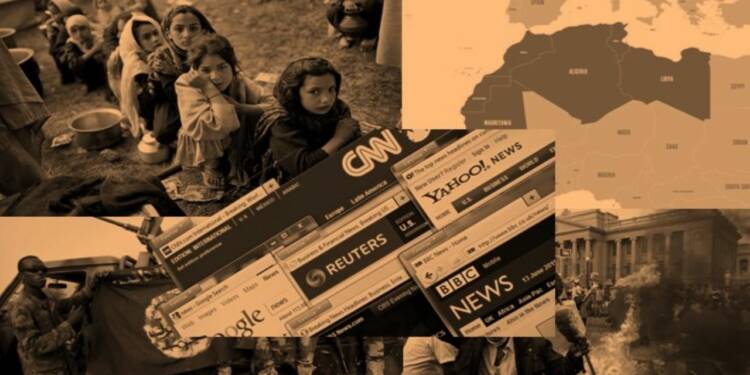 The Russian-Ukraine War is going on for the last 54 days. A single narrative has been established by major news organisations, governments, and important individuals that there is just one war going on in the world.

Is that true, though? No. The world is a hotbed of activity. There have always been wars and geopolitical events taking place all over the planet. However, all other key events have been forced behind the curtain as a result of this ongoing battle.

There have been numerous important geopolitical events that have failed to generate worldwide interest. However, it is vital to be aware of them because they may have a global influence.

Anger over Sri Lankan President Gotabaya Rajapaksa’s handling of the island nation’s rising economic difficulties is the source of the Sri Lankan crisis. The crisis degenerated into violence in Colombo, with hundreds of protestors clashing with police for the past few days

Deep tax cuts promised by Rajapaksa during his 2019 election campaign and implementation months before the COVID-19 epidemic, led to debt acceleration in Sri Lanka’s economy and intensified the catastrophe.

The nation is having a significant lack of foreign money and is pushed under heavy inflation. Rajapaksa’s government has been unable to pay for basic imports, like fuel, resulting in power outages lasting up to 13 hours.

Shanghai, China’s largest city, has become a battleground. The Omicron strain of COVID-19 has gripped the city, and the Chinese government has gone on a lockdown mission, isolating 25 million individuals in their homes as the government works to contain the country’s worst coronavirus outbreak since the Wuhan outbreak in early 2020.

In the country’s largest metropolis, the new outbreak has put a lot of strain on public health facilities and health care staff.

It has also hammered Chinese President Xi Jinping’s reputation by posing a severe challenge to Beijing’s zero Covid policy as he faces congress elections in November 2022.

After three years and seven months in power, Pakistan Prime Minister Imran Khan Niazi was expelled from office last week in a no-confidence vote in parliament, and a new administration was formed under opposition leader Shehbaz Sharif after parliament reconvened to vote for a new prime minister.

Furthermore,  Pakistan is all set to go under heavy economic crisis. Inflationary pressures in the country have resulted in higher power tariffs. Soon, Pakistani citizens have had to pay an additional cost of Pakistan Rupees 4.8 per unit for the electricity they have used.

Read More: So how bad is Pakistan’s debt crisis?

In 2021, the Taliban re-entered the Kabul office. The inhabitants of the terror-ruled country are in tatters, poverty is on the rise and 9 million people are on the verge of starvation.

Since January 2022, one out of every ten newborn Afghan babies has perished; a total of almost 13,000 deaths have been registered; a rise has been attributed to growing malnutrition, hunger-related diseases, and the collapse of the country’s healthcare system. 95 per cent of the population is hungry, and 3.5 million children require nutritional assistance.

Extrajudicial executions, enforced disappearances, torture, arbitrary detentions, a vast rollback of women’s and girls’ rights, and media censorship and attacks have all been committed and continue to be committed by the Taliban.

Yemen, one of the poorest countries in the Arab world, has become even more violent since the beginning of the year. The nation is currently experiencing one of the world’s worst humanitarian catastrophes as a result of the war.

The Saudi-led coalition backing the country’s legitimate government has been fighting a rebel group known as the Houthis for seven years, mostly through air attacks. The terror group has responded by attacking Saudi Arabia and its ally, the United Arab Emirates, with drones and missiles.

Over 100,000 people have been displaced as a result of the conflict, according to the UN, and 2 million civilians are at risk. It has sought a cease-fire, but the situation is deadlocked.

Tigray lies in ruins sixteen months after the battle in northern Ethiopia began. Almost all of the region’s social, cultural, economic, and infrastructural assets have been harmed, and there is little hope of recovery.

For decades, Tigray militants have created havoc in Ethiopia. In October 2021, the central government withdrew funds for Tigray and severed connections with it, deepening the schism. Tigray’s government claimed this amounted to a “declaration of war” at the time. Tensions rose, and the final straw came when Tigrayan forces were accused of stealing weapons from army posts.

Tigray, according to Mr Abiy, has crossed a “red line.”

“As a result, the federal government is forced into a military confrontation,” he explained.

The Boko Haram insurgency that began in July 2009, when Boko Haram, a militant Islamist, and jihadist rebel group, launched an armed revolt against Nigeria’s government, is still going on.

The militants’ ultimate goal is to establish an Islamic state in the region, and the war takes place in the background of long-standing religious strife between Nigeria’s Muslim and Christian communities.

The conflict is still ongoing. Following years of battle, the militants got more active and began seizing huge territories in northeastern Nigeria. With 10.849 deaths in 2014, the violence increased considerably, as Boko Haram dramatically extended its territory.

The list continues on and on, with other fights taking place all over the world. Hundreds of millions of people around the world are tortured by the daily calamities they are forced to face. Despite this, they never hear from the “liberal torchbearer.” The excessive focus of the Western media on the Ukraine crisis has put these countries, as well as the victims of ongoing hostilities, in peril.