For French Muslims, the choice is between the bad and the worst 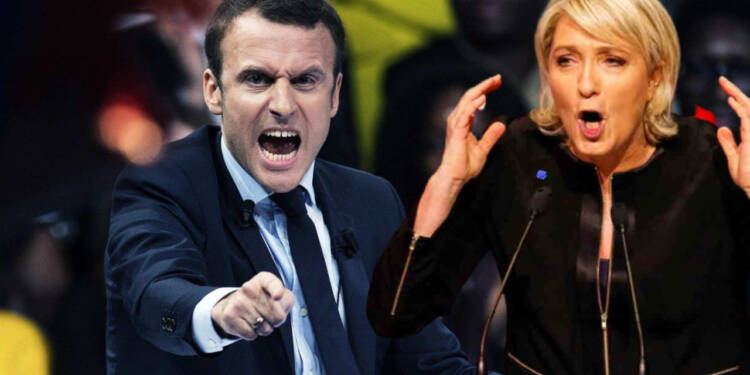 The French Presidential polls are moving on expected lines. It has become a two-way contest between incumbent President Emmanuel Macron and far-right leader Marine Le Pen. Macron is leading the race, but he has himself admitted that this can go either way.

Choosing between the bad and the worse

For French Muslims, this is becoming a battle between the bad and the worst. Macron, of course, qualifies as a ‘bad’ option for them, whereas Marine Le Pen is the ‘worst’.

Historically, French Muslims have voted in overwhelming numbers for the left parties. However, the left has been eliminated from French politics this time around. So, only two options are left.

Tough stance on radicalism and immigration

Remember, Macron was originally elected in the year 2017 to oppose the far-right on issues like radicalism and immigration.

However, Macron soon turned into a no-nonsense leader. Once, Samuel Paty, a school teacher, was beheaded by an extremist after showing cartoons of Prophet Mohammed to his class, Macron made it clear that there is no room for intolerance and radicalism in the French society.

Macron has pushed measures like banning children from wearing hijab, giving Islam a French makeover, and tightening immigration laws. Macron himself said, “France cannot host everyone if it wants to host people well.”

Macron thus went against the ‘open-door policy that the rest of Europe was implementing.

But if Macron believes in French liberties, freedoms, and values to the extent of cracking down on immigration, Marine Le Pen is even more vocal about these issues.

She wants a total ban on the Muslim headscarf in public. Again, on the immigration front, she is quite clear. She proposes a referendum to end “uncontrolled immigration”. She also wants to make it harder for immigrants to take up residence or get aid.

Similarly, she plans to discriminate between immigrants and French citizens, by reserving social aid for the French and access to non-citizens only after five years of work. And then, Le Pen also talks about “eradicating Islamist ideology”.

Some of her other proposals include expelling all foreign delinquents or criminals, making it harder to get French citizenship, ending residence permits of foreigners without work permits for over a year, and ending family reunification.

Le Pen proposes restarting diplomatic relations with Syria. In doing so, she is trying to rework a relationship with the anti-extremist Bashar al-Assad regime in the Middle East country. Le Pen has always supported Assad as a means of ending the Syrian Civil War and stemming the flow of refugees into Europe.

What Le Pen wants is a better alliance with Arabs and Syria, and opposition to more radical regimes like the one in Turkey or the one in Pakistan.

Le Pen is therefore a much tougher version of Macron.

Whoever wins the French Presidential polls, one thing is for sure- France will take a sharp right turn in its political discourse.

We are bound to see tighter immigration laws and a vigorous anti-radicalism approach in the French administration. And it may impact the entire European Continent.

We see how migration has been changing Europe. Every one in four people in Germany has a “migrant background”. Meanwhile, Sweden has witnessed violence due to increasing social strife.

So, Europe does want a resurgence of right-wing politics and it is happening in Paris already. This will set a template for politicians across France to follow. If you have to survive in European politics, you have to be a Marine Le Pen or a tilted leader like Macron. Otherwise, you cannot survive. The ongoing French Presidential elections are thus historic in Europe’s context.

What If Quotes: very relatable and shareable quotes