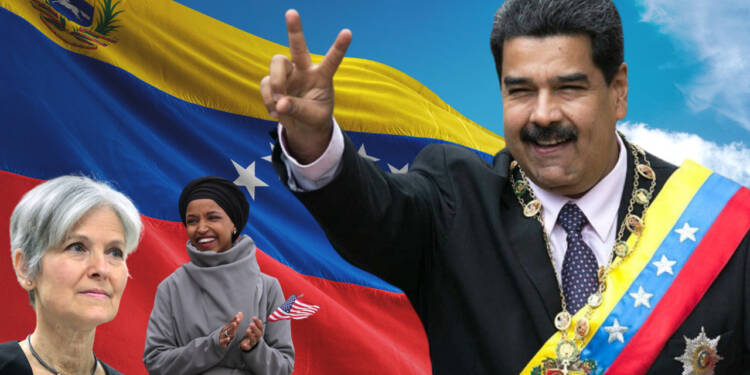 Venezuelan dictator Nicolas Maduro has devised quite a brilliant strategy to legitimize his brutal regime around the world, especially in the West. Maduro’s target audience is comprised of Americans. Which Americans, you might ask? Well – liberals and leftists within the United States are the ones Nicolas Maduro is relying on. So, the obvious question which arises now is this: How is Maduro wooing such Americans? Well, he is using the ‘Woke’ ideology to lure braindead Americans and political leaders, bringing them on his side. As such, he is mobilizing a significant force within the United States which is sympathetic to his regime.

According to a report by Politico, Maduro has devised a new PR strategy. Now, when the Venezuelan government shares messages on social media and Maduro speaks in public, Venezuelan observers have noted that the increasingly relies on progressive language familiar to young Western leftists. In fact, Nicolas Maduro – who is pretty much an authoritarian tyrant now uses the language of “feminism, LGBTI rights, the environment” to be seen as an ally of Western liberals and socialists.

Basically, the Venezuelan regime is marketing itself as a ‘Woke’ government to Western audiences. As it turns out, this strategy is paying real-time dividends for Maduro.

How Maduro Has Created a Fan Base for Himself

American liberals and leftists could not bother less about the political situation within Venezuela. As long as Maduro uses woke language to communicate to them, they are more than satiated. In fact, they are even willing to operate as Maduro’s foot soldiers and fight on behalf of his regime within their own countries.

On TikTok, videos of young American socialists defending Maduro can get tens of thousands of views. On Twitter and Reddit, pro-Maduro handles now have hundreds of thousands of followers, and posts sympathetic to his regime are retweeted and upvoted innumerable times. His supporters in the United States even attach their profiles with signs of the hammer and sickle and the Venezuelan flag.

American figures like Sen. Sanders (I-Vt.), Rep. Ilhan Omar (D-Minn.), and Jill Stein, among others, are few of the many Maduro sympathizers that have come to crop up in the U.S. Jill stein and Ilhan Omar have even gone on to call opposition forces in Venezuela, who dare to stand up against Maduro, as “right-wing” extremists.

The Politico report added that Maduro’s “woke-washing” isn’t limited to the language of anti-racism and decolonization. In recent times, the Venezuelan dictator has also started using unorthodox expressions of gender-inclusive language when addressing people, and his party has created offices for “sex diversity” and a parliamentary subcommittee for LGBTQ issues.

Maduro’s Assembly has publicly met with pro-abortion groups in the country, and political ads from his regime now mention things like “reproductive rights.” Maduro is also sympathetic to the Black Lives Matter movement. In 2015, he took a picture with Ayọ Tometi, one of the founders of the Black Lives Matter organization. Soon after, Tometi was deployed as an electoral observer for Venezuela’s parliamentary elections. While in Venezuela, she said, “Such a relief to be in a place where there is intelligent political discourse.”

Maduro has, as is evident, made some powerful friends in the United States by using the Woke rhetoric to his own advantage. That Maduro does not implement any of the ideas he claims to champion is a separate matter altogether. Yet, he is earning fans beyond his country’s borders. That shows how liberals and radical leftists can be won over with mere words and empty rhetoric.