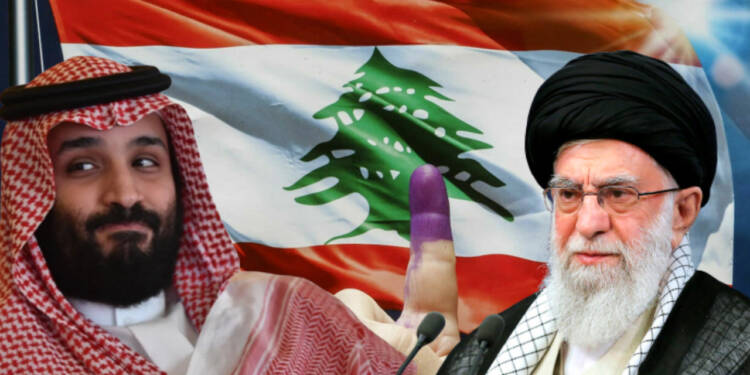 Iran is up for a major shock in Lebanon as its proxy Hezbollah has been defeated in the Middle East country.

Now, Lebanon is likely to make a tilt towards Saudi Arabia and France. Iran, on the other hand, maybe on its way out of the strategically located country.

The Hezbollah and its allies have suffered a major setback in this weekend’s parliamentary elections. Their opponents have gained big and some of Hezbollah’s allies have failed to get elected to the legislature.

This was a decisive vote by the people of Lebanon after a devastating economic crisis broke out in the country in October 2019 and the Beirut blast shocked the country the very next year. Hezbollah was then blamed for gross negligence and storing ammunition in unsafe circumstances.

Hezbollah and its allies have actually lost out to the Saudi-backed Christian Lebanese Forces party which is a fierce critic of Hezbollah and is said to have won at least 20 seats, an increment of 5 members since 2018. This effectively makes the Saudi-backed party the largest Christian faction in the country. It has replaced the Free Patriotic Movement that was founded by President Michel Aoun and has been functioning as a Hezbollah ally since 2006.

Lebanon will now constitute a new Parliament that will elect a new President, replacing Michel Aoun.

How does this affect Iran?

Hezbollah, the Lebanese Shi’ite group, has been exercising a lot of influence in the country since the 1980s.

Now, Hezbollah itself was founded by Iran’s Revolutionary Guards in 1982, with the avowed goal of exporting Iran’s Islamic Revolution ideology to the country and fighting Israeli forces that invaded Lebanon the same year.

Read more: Is Hezbollah nearing its end in Lebanon?

Israel and the West classifies Hezbollah as a terrorist organisation, but it is a well-organised body with a proper military structure, an intelligence wing, and a political establishment with ally MPs and Ministers in Lebanon. It is so deeply entrenched in the Lebanese system that it has invested even in the country’s commercial activities, construction sector, schools, and clinics.

Hezbollah interferes deeply in Lebanese politics also. It uses the country as a launchpad to target Israeli forces and cities. In 2018, Hezbollah became even more influential by winning a parliamentary majority in the country.

Iran was riding on Hezbollah’s influence all this while to project power in the region and push its “Axis of Resistance”, which aims to counter Israel, the United States, and its Arab allies.

But if Hezbollah is pushed out of Lebanon, Iran can neither use Lebanese territory to target Israel nor can it use the Shia militant group for pursuing its agenda in Syria.

France and Arabs to get more influential in Lebanon

Iran is going to get driven out of Lebanon at the expense of Israel, France, and the Arabs.

Remember, the Christian Lebanese Forces is supported by Saudi Arabia. So, Riyadh is likely to be smiling at Hezbollah’s historic defeat in Lebanon. It can gain influence in the country at Iran’s expense and settle scores with Tehran.

Meanwhile, this also gives an option to France to engage with Lebanon’s Christian population following Hezbollah’s exit from the country. Remember, Lebanon is a former French colony and Paris has been looking to get rid of Hezbollah in the country for quite some time now.

Hezbollah’s defeat, therefore, comes as a matter of huge relief for Israel, Arabs and France at the expense of Iran.