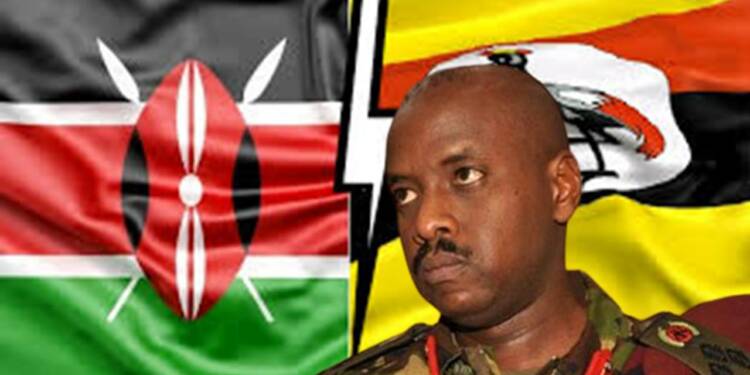 For a long time, African states were seen to be vulnerable to Western influence. This is no longer the case. African states have begun to recognise the significance of self-determinism and sociopolitical independence in today’s geopolitical environment. They have begun to push back against any attempts by Western countries to stifle Africa’s development process.

Recently, Uganda’s parliament has condemned a resolution by the European Union parliament calling on Uganda and Tanzania to stop the development of their oil and gas projects in the East African region. Furthermore, Uganda’s President, Yoweri Museveni, denounced the EU elites with a strongly worded statement.

Uganda’s rising stature among African countries is abundantly clear. Uganda is also in the forefront of a growing pan-African resistance against western meddling. Kampala understands the need of African unity in bringing about development on the continent. However, the recent actions by President Yoweri Museveni’s son Muhoozi Kainerugaba point to a dark cloud on the horizon for Uganda.

Kenyans, especially on social media, were in uproar after Muhoozi Kainerugaba tweeted: “It wouldn’t take us, my army and me, 2 weeks to capture Nairobi.”

This was hardly the first time the President’s scion made headlines. With his tweets, “The Tweeting General,” as Ugandans refer to him, has ruffled many feathers both at home and abroad. Last November, he tweeted in support of Tigray rebels fighting Ethiopian Prime Minister Abiy Ahmed’s federal government in Addis Ababa, and he backed Egypt in its dispute with Ethiopia over the Grand Ethiopia Renaissance Dam (Gerd) on the Nile. In one of our articles, we have explained in detail how Muhoozi Kainerugaba might be a Western Trojan horse, trying to attempt a coup d’etat against his father.

Also Read: Ugandan President faces an imminent coup from his own son

Well, Muhoozi Kainerugaba was clearly mistaken in believing that he and his Western overlords would have an easy ride. Recently, he has been sued at the Milimani Kenyan Law Courts for alleged breach of territorial integrity, threatening the security of Kenya and treason.

Gen Muhoozi Kainerugaba was sued by a Kenyan High Court advocate Apollo Mboya who listed the Inspector General of Police and Director of Public Prosecutions as 1st and 2nd respondents respectively. In the petition, Mboya drew the court’s attention to a tirade of tweets from Gen Muhoozi Kainerugaba in which he claimed he would outrun the Kenyan military in two weeks, get hold of the city and reward himself with a leafy residence in either Westlands or Riverside. While it remains to be seen how severe the Kenyan court’s action against the President’s son will be, it is disappointing to note the President’s lack of stance. There was no strong action taken, aside from some meek denunciation. Worse, he elevated his son to general shortly after Muhoozi’s tweets about invading Kenya.

A lesson for the president from Mahabharata:

The great Indian epic, Mahabharata, contains many valuable lessons for the President of Uganda. One such lesson is widely recognized in Indian political discourse as the Dhritirashtra Syndrome. Dhritirashtra, a blind king, stayed silent when his sons disrobed Princess Draupadi in public, failing to uphold his moral duty to act against his own offspring.

Museveni is perhaps the most tragic modern Dhritarashtra. His dark glasses have always blinded him to his son’s shenanigans, even when his son is on the cusp of sabotaging Uganda’s economic and security ambitions. The blind loving father, the father who shields his corrupt son from the law, is undoubtedly a major impediment to Uganda’s development. The Dhritarashtra syndrome poses the question: is it better to try to dodge, avoid, or evade the law for the sake of one’s son? Is it better to let the son confront the law, accept responsibility for his actions, serve his sentence, and then start over? Musevini deferred the law for his son, but his parental love would ultimately harm rather than help his country.

Although Dhritarashtra’s blindness may exist in legends, reality requires Musevini to discard the blindness, open his eyes wide, and demonstrate his son that even a father’s love cannot save you if you violate the law. It would be fatal for the Ugandan President if he gave up his national duty on the shrine of blind paternal love. The actions of the Kenyan court are commendable and set an example as to how to deal with threats upon sovereignty and that the law is equal for all no matter who wrong doer is.