The Jamaican government needs to look towards its people and stop bowing down to American-funded clinics. Health of its own citizens should not be sold to private entities just for some money 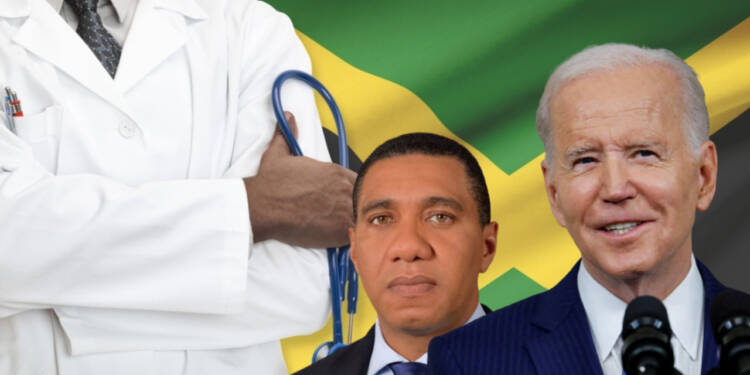 Healthcare is now becoming a boon for foreign investors instead of Jamaican citizens. The US every time comes as a spoilsport in everything including basic amenities.

Jamaica has been lately been looking for a shoulder to cry on to put itself back on track after a two-year period of uncertainty, where healthcare was becoming a beast of burden for the country with requirement for oxygen, medicines, hospital beds plus demands skyrocketing shortage of supplies.

Here, the question is why the focus is only on the private sector and not on the public sector.


The island country is a paradise with improper healthcare facilities. Here, even serious diseases such as HIV, Covid, Zika and Dengue are still prevalent.

Jamaican government has been ignoring this problem for so long. And now when it decided to pay heed to the situation, it has gone in the wrong direction for help. The government has asked for help from its long-standing ally, USA. Investments have been made by the US before but only private firms are benefitting from collaborating with international agencies like USAID.

The US-tied Kingston into dependency on the trading system, we can say so by looking at the imports the latter received. In 2020, an amount of USD$ 169 million was given to Jamaica and the highest one it received was USD$ 190 million in 2017; in four years imports increased to 14 percent!

Records like these show that Kingston is trapped and that’s why it has to become a yes-man of Washington for everything.

“Health Connect Jamaica” the dream project of the Jamaican government was granted over $45 million for its first year, and secured funding for its second year which commenced in October 2020. A partnership has also been forged with the Caribbean Institute of Mental Health and Substance Abuse. The project is slated to run until September 30, 2024, with the current funding agreement spanning from March 2021 to September 30, 2024.

But, the project faced allegations by the public about its focus only private sector and not the public. The Health and Wellness Minister Dr Christopher Tufton recently while blaming red-tapeism almost accepted the government bias towards the private sector, especially the ones that receive funds from the US government.

He said, “We have been criticised for paying attention to the upgrading of public-health infrastructure and giving money to the private sector,”

While he was blaming the people for not understanding the government’s idiocracy, ironically, he was at the signing ceremony for the Code Care Project under which the Government is partnering with private medical institutions to clear a backlog in elective surgeries caused by the pandemic.

The Jamaican government needs to look towards its people and stop bowing down to American-funded clinics. Health of its own citizens should not be sold to private entities just for some money.

Chinese human rights activist rushed to Canada to seek refuge. Trudeau deports him back to China

Grenada: The land of thousands of spices and millions of lost opportunities