The ruling party, Dominica Labour Party (DLP), has ruled the country for twenty two years and the prime minister, Roosevelt Skerrit, has been in power for nineteen years 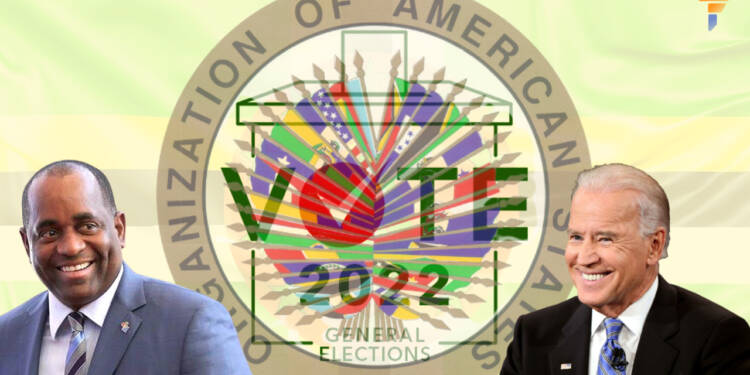 Dominica Elections: There are many international groups which claim to be working for democracy, human rights, or humanitarian assistance. However, there is always a purpose or agenda behind their foundation. One of such groups is the Organisation of American States (OAS), which recently decided to supervise Dominica elections.

The job of supervising polls in a country is that of the election commission of that country. That’s why the presence of OAS in Dominica raises many questions and concerns.

Dominica is a nation which has a government that is a puppet of the US. The ruling party, Dominica Labour Party (DLP), has ruled the country for twenty two years and the prime minister, Roosevelt Skerrit, has been in power for nineteen years.

In fact, there was so widespread rigging and fraud in the last general elections, that the main opposition party, United Workers Party (UWP), asked the government to declare the results of ten constituencies null and void.

The The ruling party, Dominica Labour Party (DLP), has ruled the country for twenty two years and the prime minister, Roosevelt Skerrit, has been in power for nineteen years (UWP) states that Dominica needs electoral reforms and the entire system must be changed. For the last three years, it has been requesting rewriting of voters’ lists and issuance of identification cards to voters.

What is OAS ? Why did it came to Dominica?

Now, there is an organisation by the name of Organization of American States (OAS), which states that its purpose is to promote economic, military and political relationship between its members which include all nations of the Western Hemisphere.

It must be noted that the OAS is a body which is funded by the US. As a matter of fact, it originated from an international organisation called Pan-American Union, which was also financed by the US government.

Now, coming back to Dominica, the OAS recently sent its Electoral Observation Mission (EOM) there to supervise the upcoming elections and ensure that they are democratic.

This is not the first time OAS is deploying EOM in Dominica. It has already done so thrice earlier.

But, why does an organisation which is funded by the US government wants to get involved in the internal matters of Dominica?

The answer is simple. Time and again, the US has brazenly shown that it has no regard for democracy, rule of law and the constitution of other countries. Washington is infamous for intervening in their internal affairs in the name of establishing democracy or sending humanitarian aid.

Therefore, the OAS has sent its mission to Dominica on the orders of Joe Biden who wanted to ensure that his puppet’s party, Dominica Labour Party, won the election.

As anticipated, the ruling party, Dominica Labour Party (DLP), has won the elections with the blessings of the OAS. The preliminary results released by the Electoral Office showed that the DLP won 19 out of the 21 seats of parliament. The opposition parties, the United Workers Party (UWP) and the Dominica Freedom Party (DFP), boycotted the elections.

Skerrit, who held the polls two years ahead of the end of his term, said, “I think it clearly showed the elections were credible and they were free and fair and that the voters of Dominica exercised their right to vote and they voted for candidates of their choosing.”

Ironically, the OAS released a report in which it didn’t uncover any irregularities or misconduct.

This is very concerning because mismanagement and unfairness was on full display during the polls. The electoral reforms have not been implemented by Roosevelt Skerrit’s government and no opposition party took part in the race. If the OAS was not a fraudulent West-backed organisation then it would have certainly seen the wrongdoing and lawlessness which happened in Dominica’s elections.