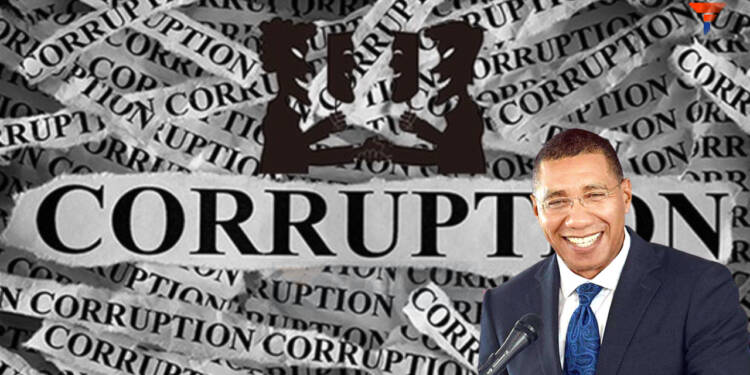 Jamaica Labour Party: According to a media report by the Gleaner, Residents of the Spanish Parish St. Catherine are calling PM Andrew Holness and his cabinet to clear the air over the timeline of the PM’s plan to redevelop several parish capitals and rural towns that have been hanging for two decades.

Reportedly, the announcement by Prime Minister Andrew Holness that the Government will redevelop parish capitals and rural townships to maximize their economic potential is being viewed by some Spanish Town residents as another empty promise.

“We hear this before,” said Winston Kirkwood, a Spanish Town resident, “yet we continue to see the town fall apart, garbage pile-up, derelict buildings, street vending out of control that people don’t have anywhere to walk, bad roads, traffic jams every day, and no proper parking in and around the town center.”

Last month, PM Andrew Holness, in his address at the annual conference of Jamaica Labour Party, promised Jamaicans that his administration would make urban centers more accessible to pedestrians and motorists and improve public order.

But, the residents of Jamaica are not even bothered about this development. One resident of Jamaica stressed, “For me to believe that they are serious, I have to see them start the project, but since the prime minister didn’t say when it will start, I am very skeptical about this,”

For the unaware, these talks of redevelopment date back to the P.J. Patterson administration in 2006, when then-Minister of Information Burchell Whiteman announced the formation of the Spanish Town Redevelopment Company (SPARCOM) to address the infrastructural decline and improve the town’s heritage tourism potential.

The very next year, PJ Patterson lost power and here, Jamaica Labor Party came into power with Bruce Golding as their leader. The Bruce Golding administration unveiled a major redevelopment plan and announced that SPARCOM would receive a fund of $500 million funded by private- and public-sector interest.

Cut to 2022, the development has not even started and the much anticipated $500m is nowhere to be seen.

Amidst all this, the suffering of people continues. The condition of the roads throughout the Spanish town, especially Burke Road, is a total mess. There are reportedly potholes and sometimes, severe congestion.

The street vendors don’t have a specific area to earn. “I have become numb to these announcements about Spanish Town. It would have been nice if the prime minister had given a timeline for when this program will roll out. It would have instilled some confidence,” a Spanish Town resident said.

The conditions of Jamaican historical sites are also in the doldrums, the garbage service is getting more terrible than ever.

Read More: Jamaica is the ‘Jamtara’ of the Caribbeans. Even foreign hackers acknowledge it

So, where exactly is the $500m which was introduced in the name of the redevelopment of Spanish parish? Is it wolfed down? If the $500m was indeed used to develop Jamaica as per the modern standard, the people would have been living in good lively conditions. But, it appears that Holness and Jamaica Labour Party which has been in power for more than 6 years are in no mood to do so.