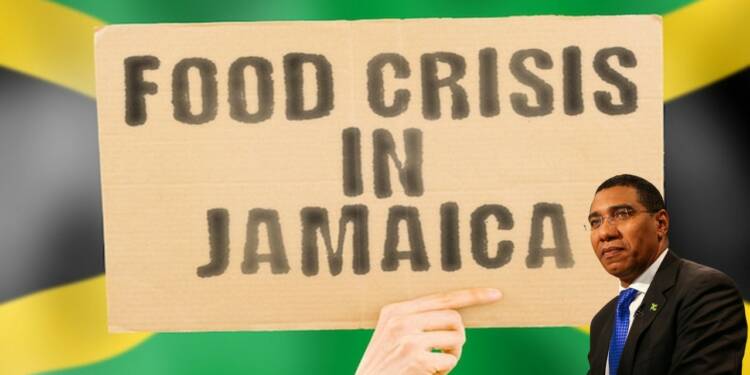 Jamaica food crisis: If a nation gets short of necessities like gasoline, electricity, and even medicines, things still can be recovered. However, a country should never be without essential necessities such as food and water. Without them, one cannot survive and may eventually die.

Unfortunately, hundreds of Jamaicans today are unable to prepare a whole meal. On the one hand, they have crimes and total closures. On the other hand, People of Jamaica are also bearing the weight of a massive food crisis.

Three weeks ago, a very strange kind of robbery took place in Jamaica. As per a report by Jamaica Star, A Jamaican cop has been arrested for cooking oil theft. Reportedly, the Police in Jamaica has launched an investigation into a robbery in which millions of dollars‘ worth of cooking oil has been stolen. Yes, you heard it right.

According to the Spanish Town police, two suspects, including a cop, were arrested and are now in custody in connection with the incident. The police reports that a truck, which was carrying products from Seprod Limited, was traveling along the Spanish Town Bypass at about 9 a.m. when the robbery took place.

For the unaware, Seprid is one of the largest Principal manufacturers of cooking oil in Jamaica. The two men in vests marked ‘police’ stopped the truck, and the vehicle was commandeered to a nearby community. There, the truck was emptied, and the driver and two sidemen were tied up inside the vehicle.

Read More: US Drug Enforcement Administration is the main culprit behind the Caribbean’s drug problem

Could affect food crisis in Jamaica

The robbery has taken place at a time when IDB bank has alarmed Caribbean islands to brace for high food prices in 2023. As per a survey of The World Food Programme (WFP) which was administered in January and February in 2022, representing 6,000 households across 22 countries and territories, Jamaica has been struggling with food crisis.

The Jamaican data stresses that four in every 10 Jamaicans have reduced their food consumption and some 98 percent of Jamaicans who participated in the survey said there has been an increase in food prices. As a result, nine in every 10 Jamaicans surveyed have changed their shopping behavior. Almost two years after the onset of the COVID-19 pandemic, the economic repercussions continue to take a toll on livelihoods, incomes, and food security in the Caribbean. In addition, refined oil is one of the key components of Jamaican food which Jamaicans consume on a daily basis, and at this point in time, police have no idea where this oil has gone.

Make no mistake, this could mean that the food crisis that currently is catching up in Jamaica is set to blow out of proportion and more Jamaicans will feel the heat.

The ongoing crisis in Ukraine may further deteriorate the food security situation in the Caribbean. Food crises are bad for everyone, but even more so for the poorest. However, the happiest out of these miseries could be the US. This is no hidden fact that Jamaican PM Andrew Holness never falls short of becoming a puppet of American President Joe Biden. There are numerous examples of when the Biden administration has come to the rescue of his servant in Jamaica.

Even this time, the case is no different. In September this year, US President Joe Biden announced a $2.9b package for developing nations in which it was mentioned that it wants to enhance the food security in Jamaica. Prior to that, Biden had invested $20 m in Jamaica’s spice industry. America wants to lay hold on the food chains of almost every nation and it want to unchain the dependency of the Caribbean on China by linking it to the USA. At this moment, Indonesia is one of the largest exporters of edible palm oils to Jamaica, but the US stands second.

Read More: Jamaica has the become safest country in the Caribbeans (only on papers)

The cops are involved in robberies and thefts. What could that possibly mean? Isn’t this worsening the situation? Is Holness intentionally creating a crisis? What is he doing now? The US wants to control the food chains, and at the time, the only country that can rescue Jamaica is the United States of America. Holness, don’t think that no one is watching you.