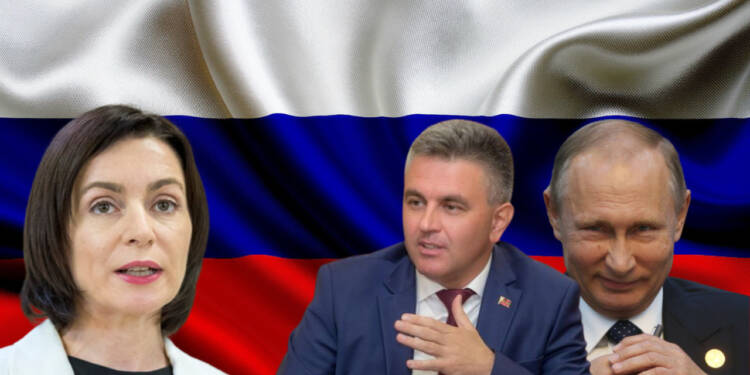 Transnistria Moldova gas deal: Russia is all set to scare the living daylights of Europe out. How? Well, here’s shocking news awaiting Europe. Russia is now manoeuvring to further its way in the European continent.

You see, countries who are averse to Russia’s hegemony are still snubbed by it. Russia is a strategic trading partner on whom a cluster of countries depend, giving Moscow the power to hold their reins. Then be its allies or its arch-rivals, Russia enjoys dominating most of Europe. And now, there seems to be an addition to the list of staunch rivals who must now get ready to accept Russia’s supremacy. We are talking about Moldova who never gets enough of condemning Russia for its moves but now Moscow is prepared to bring it to its knees.

Amidst the already tense atmosphere in the European continent, where countries are scrambling to fulfill their energy demands, some even sneakily offending sanctions, Moldova has finally accepted Russia.

The past few months have been especially trying for Europeans, who are struggling to face the chilling winter this year owing to their own deeds. They initially sanctioned Russian gas due to its aggression towards Ukraine, but now Europe is facing the brunt of it. People are struggling to light up their homes and keep them warm. As a result, countries are now turning towards Moscow, albeit sneakily. However, Moldova took a different path by directly shaking hands with Moscow–backed Transnistria.

Moldova and the breakaway republic of Transnistria have reached an agreement on gas. According to the deal, Kishinev will support its domestic gas demand with reserves, while exchanging Russian-supplied gas for electricity from Tiraspol.

Mikhail Galuzin, the deputy foreign minister of Russia, expressed optimism on Saturday that the gas deal between Moldova and Transnistria would lead to a convergence of views on other matters.

Galuzin told Sputnik, “As far as we understand, this was a mutually beneficial agreement. If the realisation of this algorithm suits both parties, then we can only welcome this. We hope that this will contribute to the convergence of their positions on other issues as well.”

Since before the fall of the Soviet Union, Transnistria, whose population is 60% of ethnic Russian and Ukrainian descent, has desired independence from Moldova out of concern that Moldova, motivated by nationalism, might join Romania. After a failed attempt by Moldovan authorities to use force to solve the issue, Transnistria became a region that was not under Kishinev‘s administration in 1992.

Due to gas shortages and a dramatic increase in energy prices, Moldova declared a state of emergency that was to last for another 60 days on December 1. Following a suspension of business ties in November, Kishinev started buying electricity again from Transnistria’s Cuciurgan power plant at the same time.

Read More: EU’s sanctions on Belarus are as real as ‘Count Dracula’

Now, this comes amidst Europe preparing for a harsh winter as a result of the US-led effort to “punish” Moscow for its military operation in Ukraine. After Brussels joined Washington in trying to “phase out” Russian oil, coal, and gas, the EU has been hit with months of spiking energy prices and growing inflation.

The EU’s steps pushed every single European country into a hell hole. Doom fell upon each of them including Moldova which compelled the nation to eventually turn to its staunch enemy to evade the crisis. The nation which was relentless to negotiating on gas deals with Russia ever since the war started, has now finally come to a consensus with reality.