In his latest speech in the backdrop of the presentation of the nation's budget, Prime Minister Terrance Drew has resolved that St Kitts and Nevis will write its destiny without the help of Biden, Macron and Leyen 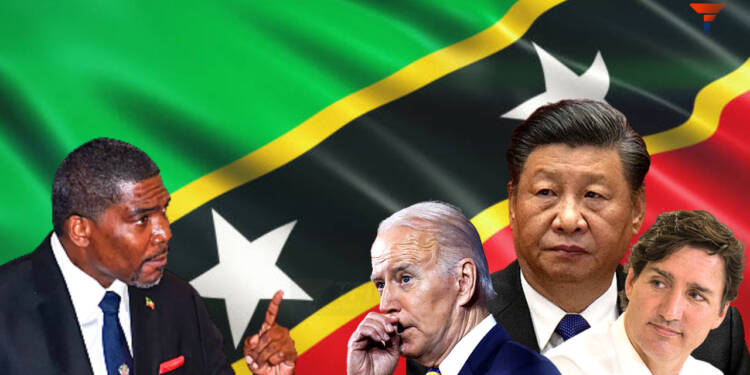 Similarly, according to Khaleej Times, recently the government of St Kitts and Nevis asked the UAE to enhance its citizenship by investment program. The Prime Minister, Terrance Drew also discussed the subject of renewable energy with the UAE.

China is another nation on which St Kitts and Nevis is dependent for imports. In fact, Chinese exports to the Caribbean nation were estimated at $13.24 million last year.

Now, on December 14th, Dr Terrance Drew, gave his budget speech under the theme “Towards Our Transformation as a Sustainable Small Island State”. He highlighted six domains which will be diversified. They include;

(a) Citizenship by Investment Programme

The government will strengthen it in order to establish a Sovereign Wealth Fund which will be utilised to invest in the international market in the long run. This fund will be used only in the wake of emergencies like natural calamities and not for routine expenditure.

Food security is another sector in the government’s plan. In the next 5 years, the government’s objective is to enhance the production and manufacturing of agricultural products by applying new technological features. Drew’s administration also plans to increase the export of marine products, enhancement of product’s standards and inserting EC$17 million to advance capacity-building.

The government has also announced that it will improve the air travel routes, pricing mechanism etc. The Robert L. Bradshaw International Airport will be revived, while the budget of the Ministry of Tourism, Civil Aviation and International Transport has been increased to EC$27 million.

The government has launched the National Manufacturing Strategy 2022-2027, according to which the business climate will be reformed and manufacturers’ capability will be boosted. It is also considering selecting a factory to create solar panels which will usher energy conservation practices in St. Kitts and Nevis.

Read more: St. Kitts and Nevis has decided to unchain itself from US and China once and for all

Now, taking the aforementioned strategies adopted by government of St Kitts and Nevis, it is clear that the nation wants to escape from the influence of powerful countries like the US and China.

For a long time, the Caribbean state heavily relied on powerful countries for basic necessities. There is nothing wrong with that but the problem arises when the helplessness of a sovereign nation gets exploited by those nations.

There are many instances of African and Caribbean countries relinquishing their political autonomy in exchange for financial assistance from Western nations. As the US is the chief supplier of oil to St. Kitts and Nevis, it is more than likely that Biden would exploit this influence in manipulating Terrance Drew to take steps which are favourable to Washington.

St Kitts and Nevis doesn’t want such an unfortunate situation to arise. Therefore, it has announced such a wide range of policies and plans to wean its energy, manufacturing, construction and tourism sectors from the monopoly of the US, UK and Canada.  This is a huge step in the direction of self-reliance.