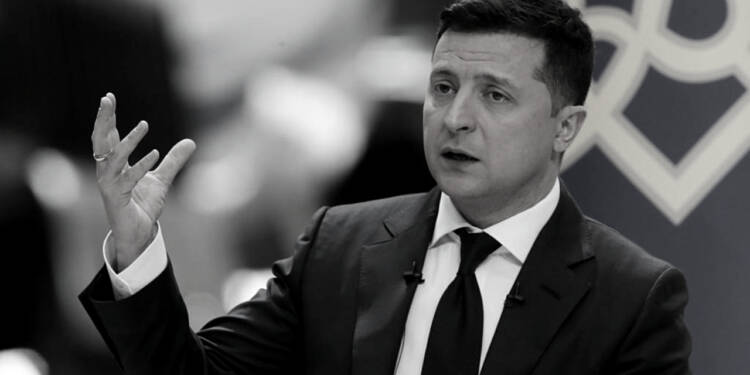 Ukraine wants peace summit: Even before the war started, the world was aware that Russia would be the one wrapping up the win. But, it seems that Ukraine was then drowning into oblivion and hence was trying its fate. Well, it was not only Ukraine but the whole West that poured its support to the war which did nothing but fuelled the miseries of those nations. Washington, if not Ukraine’s de jure but de facto ally, lured every powerful nation to join the war but no force was enough to stop Russia. The war took a turn from just Ukraine Vs Russia to the West Vs Russia soon.

Even the assimilated Western powers fell flat in front of Russia. And now, they are succumbing to their injuries. Be it gas or oil or even food, Russia has hit them with a heavy hand. Therefore they are now re-thinking their sanction packages and are slowly resorting to revoking those. The West is now backtracking on its support to Kyiv in a bid to evade the crisis which has left Ukraine in the lurch. Alas! Kyiv was surviving the war with the West’s support and now that it has decided to stop furthering the conflict. All things point to the fact that Ukraine has finally given up.

Reality has now sunk in for Kyiv. The reality of losing against Russia, the reality of Russia’s might. Eventually, it decides to give up on locking horns with Moscow and beg for peace.

Foreign minister of Ukraine said on Monday that his nation wants a peace summit to end the war but he doesn’t anticipate Russia taking part, a statement-making it hard to foresee the devastating invasion ending soon.

Dmytro Kuleba, the foreign minister of Ukraine, told The Associated Press that his country intends to hold a “peace” meeting at the UN in the next two months with António Guterres serving as the mediator. To this, the U.N. gave a very cautious response.

Read More: Spain reaps the benefits of being neutral amid the Russia-Ukraine war

“As the secretary-general has said many times in the past, he can only mediate if all parties want him to mediate,” U.N. associate spokesperson Florencia Soto Nino-Martinez said Monday.

Before his country has direct discussions with Moscow, according to Kuleba, Russia must appear before a war crimes tribunal. However, he argued that other countries should feel free to interact with Russians, as they did prior to the two countries’ grain agreement.

In an interview conducted at the Foreign Ministry by the AP, Kuleba said that Ukraine will do whatever it can to win the war in 2023.

Commenting on Kuleba’s proposal, Kremlin spokesperson Dmitry Peskov told the state RIA Novosti news agency that Russia “never followed conditions set by others. Only our own and common sense.”

No Ukraine peace plan and summit can be successful, according to a Kremlin spokesman, who made the statement last week. He was alluding to Moscow’s demand that Ukraine acknowledge Russia’s sovereignty over the Crimean Peninsula, which it annexed in 2014, as well as other territorial advances.

Kuleba said the Ukrain government would like to have the “peace” summit by the end of February.

“The United Nations could be the best venue for holding peace summit, because this is not about making a favor to a certain country,” he said. “This is really about bringing everyone on board.”

Read More: The Spanish government is going to slap a €600k fine on you to fund its sanctions on Russia

So, finally, Ukraine has accepted its defeat against Russia and now wants to hold peace talks in a bid to end Russia’s aggression. The war between the two countries has shattered not just Kyiv but most parts of the world. The West always wanted to counter Russia’s hegemony for which it used Ukraine as a pawn. But now, when things have taken a strange turn, the West has decided to back off. This has left Ukraine all alone in the battleground. Kyiv has now realised that kowtowing the West would not lead to any meaningful conclusions so it should agree to a peace-talk with Russia.