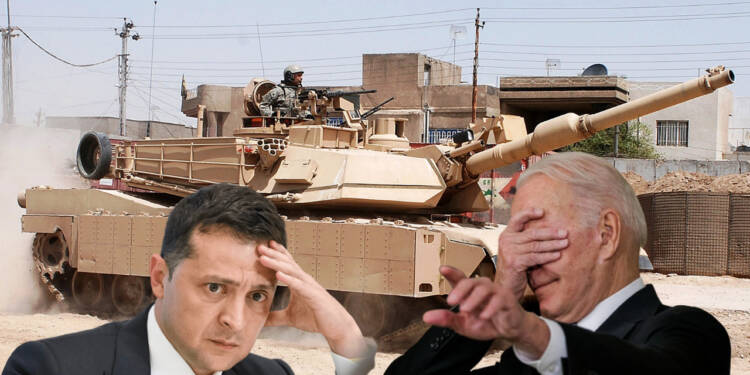 Abrams tanks: The US has been funnelling military or monetary aid to the war-ravaged Ukraine from the very start of the Russia-Ukraine war. Ukraine has been surviving the war owing to the West’s backing but nothing lasts for too long. The US soon started getting irked by the demands of Ukraine and gave up on its aiding practice recently. A few days back, the US turned down Ukraine’s weapons request which became a matter of concern for the hobo Ukrainian military but recently the same US agreed to give the same weaponry to Poland. Now, this brings the act of the US into question. Why did the West deny the request of Ukraine but signed the same with Poland?

In response to Russia’s conflict in the neighbouring Ukraine, Poland’s defence minister on Wednesday inked a deal to purchase a second batch of American Abrams main battle tanks. Warsaw is also stepping up its military cooperation with Washington.

According to officials, Poland will be the first American ally in Europe to get Abrams tanks. The $1.4 billion agreement was signed at a military installation in Wesola, close to Warsaw, by Defense Minister Mariusz Blaszczak. According to the agreement, 116 M1A1 Abrams tanks will be delivered this year together with the necessary logistics and equipment.

The deal follows one made last year to buy 250 modernised M1A2 Abrams tanks, which will be delivered in 2025–2026. Poland has already received Patriot missile batteries and is awaiting the delivery of American HIMARS artillery weapons.

Polish and American officials said the agreements bolster Poland, the area, and NATO’s eastern border as the conflict in Ukraine rages on in Wesola. But, what draws surprise is the fact that when war-torn Ukraine asked for Abram tanks, its request was turned down by the US. Why Poland and not Ukraine? After all, how can someone kick lucrative monetary benefits coming its way?

In order to aid Ukraine in its conflict with Russia, the US will not provide it with M1 Abrams main combat tanks, as stated by the defence officials of the US.

According to authorities cited by the Post, the Abrams are “too difficult to maintain and complex to operate,” for Ukraine. Authorities also claimed that “Ukraine has enough tanks already.”

The incident shows how the US is increasingly getting reluctant to send its weapons to Ukraine but to other countries. The Ukrainian army’s inefficiency to use Western weapons has been highlighted earlier too.

Read More: Germany sent antique pieces in the name of arms to Ukraine

Western countries don’t feel at ease in sending weapons to Ukraine now because it has realised that their weapons in Ukraine regularly become fodder for the Russian army.

The US has now realised that by funnelling aid to Ukraine, it is unnecessarily prolonging the war that Russia has already won. The US is in no mood of hurting its business prospects and mindlessly aiding Kyiv.