A new FTX-style scandal in the Caribbean has defrauded Usain Bolt! 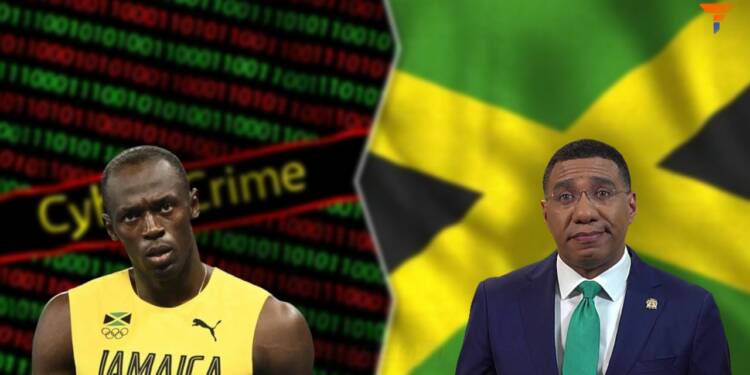 Investigation for Usain Bolt: In addition to a large number of homicides and robberies, Jamaica is also a hub of cybercrime. In fact, as per a report of The Gleaner in 2019, the nation experienced a loss of J$12 billion to cyber crimes in 2016 alone. The report further noted that several hackers are from Eastern Europe.

A 2018 Financial Stability Report of the Bank of Jamaica discovered that 62 counts of net banking fraud cases occurred in the country between the period of January and September 2018. The bank further noted that Jamaica experiences at least two cyber attacks regularly per week.

In one case, four people managed to get away with stealing $500 million by accessing computer data. This prompted the head of Cyber Crimes Unit of Jamaica Constabulary Force to reveal that the country lost $100 to cyber crimes and more than two hundred cases have been ascertained.

Read more: Bankman Scandal: The scandal that forced the Caribbean nations to hit the reset button

Unfortunately, another case of massive financial fraud was reported in Jamaica and this time its target is Olympic champion Usain Bolt. Millions of dollars have gone missing from his account. Bolt’s manager, Nugent Walker, told the media that the stock broking firm, Stocks and Securities Limited (SSL) is being investigated by Jamaican authorities for this lapse.

Walker stated that Bolt, who has been with the SSL for a decade, detected several irregularities in his accounts. As per preliminary investigation, an unidentified employee of SSL is involved with the fraud and is being investigated.

Usain Bolt is one of the remarkable athletes, the 36 year old has many endorsement deals. As a matter of fact, in 2016 he earned $33 million from sponsors, prize money etc. He is the highest-paid athlete in the world.

If not identical, what happened with Bolt is similar to what transpired at FTX in the Bahamas. The cryptocurrency exchange funnelled its customer deposits to its trading firm called Alameda Research. This resulted in almost all the investors pulling out their money from FTX to the tune of $6 billion in three days.

This huge financial crime led to the arrest of the CEO of FTX, Bankman-Fried, who will now be extradited to the US to face charges filed by the US Attorney’s office in Manhattan.

Cyber fraud and subsequent financial crimes are problems which have stuck their wings in the fiscal systems of various countries. Daily we come across news of random people becoming the target of hackers and fraudsters who somehow manage to get away with their hard-earned wealth. Usain Bolt’s incident is receiving wide attention as he is a celebrity but generally there are thousands of people in this world who lose their money, which is supposed to be safe in banks, to fraud.

Read more: Jamaica is the ‘Jamtara’ of the Caribbeans. Even foreign hackers acknowledge it

It was Usain Bolt, that’s why the Jamaican government took his case seriously, otherwise authorities don’t give too much priority if it was an ordinary person. The SSL case reminds the governments around the world that they need to crack down effectively on hackers and fraudsters.