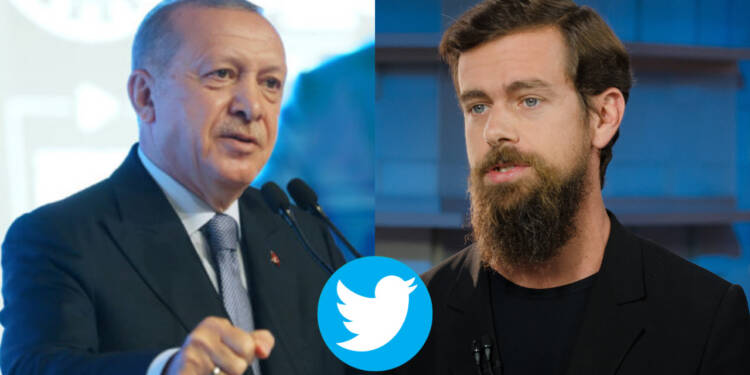 The ‘Big tech’ has been facing the wrath of conventional governments all around the globe since it banned US President Donald Trump. Turkey after initiating a probe into Facebook Inc.’s WhatsApp over its has now cut deep into Twitter’s coffers by banning advertisements on its Website.

Twitter, a self-proclaimed platform of non-partisan (*ahem *ahem) political discourse, showed its true colours when it banned the sitting President of the world’s most powerful democracy. In a massive coalition of big internet giants collectively called the ‘Big Tech’, silenced a political discourse by banning accounts of people with far-right views. A move which they tried to justify by saying it promoted violence, I wonder where was this policy during the BLM protests. Dictating the course of political discussions and setting narrative is the new agenda of the big tech, but it seems their powers remain limited to societies which allow them to wield it, in Turkey they have just been butchered.

Ankara enforced advertisement bans on Twitter, Periscope and Pinterest after, according to decisions published on Tuesday, they failed to nominate local representatives in Turkey under a new social media rule.

Social media firms that do not nominate such members are liable for several fines under the legislation, which critics argue stifles opposition.

The latest announcements in the Official Gazette of Turkey announced that the advertisement bans went into effect on Tuesday.

Deputy Minister of Transport Omer Fatih Sayan has said that in April, bandwidth for both Twitter and Pinterest will be reduced by 50% and in May by 90%.

Sayan said on Twitter, “We are determined to do whatever is necessary to protect the data, privacy and rights of our nation”. “We will never allow digital fascism and disregard of rules to prevail in Turkey,” echoing the tough comments of the Turkish President Tayyip Erdogan.

Turkey, a country ruled with Erdogan’s iron fist, a dictatorship in the modern sense, which showcases a façade of democratic values has certainly showcased the might of any form of conventional government. It has shown that the internet platform and the ‘giants’ like Twitter that presumably control it are no bigger than what we in real life, in the breathing and living altar, allow it to be.

By banning a President, the ‘big tech’ has set a dangerous precedent of setting political discourse in a ‘democracy’. They have made true that their ‘cause’, much like their platforms are corrupted, convoluted and against everything that the United States stood for in a democratic sense. Most importantly, they’ve showcased that they do not stand or the ‘freedom of speech’ but they stand for the speech their ‘agenda’ conforms to.

The powers that presumably control the Internet are not so big after all. Turkey is not an economic powerhouse nor does it have big coffers, it’s a dictatorship, but it has shown that whatever their ideas are, they will defend them, and there is nothing that ‘big tech’ internet ‘companies’ like Twitter can do about it.

With a global uproar to curb the powers of these pseudo wannabe internet dictators, Turkey has struck at the economic nerve. The economic sword is the one that will strike the deepest, and as the unrest in governments of other states worried about their sovereignty due to the global presence of these companies, it could be death by a thousand cuts all aimed at the economical vein.

Impressed with China’s GDP numbers and quick recovery? Well, here’s the true story that CCP doesn’t want you to know