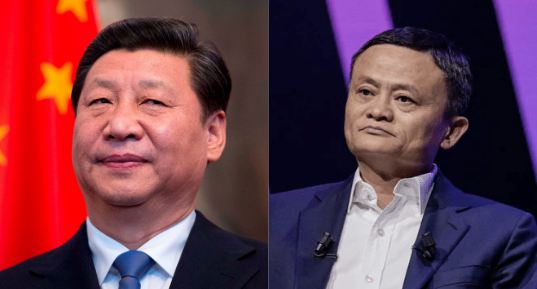 Chinese President Xi Jinping has rolled out new banking regulations. While this may sound like a generic rollout but it’s most devastating effect would be felt on the Ant Group. Ant Group has been targeted exclusively by Xi Jinping and the new banking regulation would be another devastating blow that could cripple the privately-owned enterprise by delivering a massive blow to their Fintech operations.

The new banking regulations are just another way for Xi Jinping to target the Ant Group. Since the Ant Group IPO was scrapped by the CCP, Jinping has used various means to cripple the private enterprise. Jinping took aim at the Ant Group by using means of “anti-trust efforts” and “disorderly expansion of capital,” and Jack Ma disappeared from public life. Moreover, Jack Ma owes his success to former President Jiang Zemin and his foul mouthing of CCP policies underlined where his loyalties lie making him the biggest target for Xi Jinping to quell any opposition to his leadership.

According to an article on the new regulation released on Feb. 20 by the China Banking and Insurance Regulatory Commission (CBIRC), banks will be expected to handle risks for joint lending with internet platforms such as Ant and will be “strictly prohibited” from outsourcing the feature.

Ant receives loan applications via smartphones and forwards them to partner banks, along with its credit assessments of the applicants. For providing the details, an affiliate of Chinese e-commerce behemoth Alibaba Group Holding earns fees from lenders.

The payments are expected to be 15 per cent to 20 per cent of the partners’ interest income, and they account for 40 per cent of Ant’s operating revenue. If Ant is unable to offer credit assessments to banks, its value to these lenders will plummet, and it will be forced to reduce the fees it charges them.

According to CBIRC, the latest regulations are aimed at improving banks’ risk management. But in fact, they are aimed at Ant’s key source of revenue: small-lot lending to consumers and small-business owners.

Ant has relied on banks for the bulk of its financing to date, or it has securitized its loans to exclude them from its balance sheet. As a result, only 2% of its lending is reported on its books. Ant will need to raise approximately $90 billion to fulfil the new requirement, as it has 2 trillion yuan ($309 billion) in outstanding loans that were extended via its fintech platform.

The CBIRC also announced that co-lending with a network should not exceed 25% of a bank’s core Tier-1 capital, and regional banks would be barred from lending online outside of their registered areas.

Regional limitations on online services are indefensible. However, it is being generally regarded as an attempt to give Ant a fatal blow.

Xi Jinping was being seen as an enemy of the private sector within China, but his feud with Jack Ma has highlighted that Jinping is not just taking down a big business conglomerate that was threatening to grow bigger than the CCP.

Jinping has been quelling a brewing opposition within the CCP which has been led by Jiang Zemin and his family. Jack Ma’s proximity to Jiang’s family and his infamous outburst against the CCP led to his downfall. But Xi Jinping is ruthless and the new banking regulations mean that he won’t stop until and unless the Ant Group is completely obliterated.

Biden’s policy to respect and resettle illegal immigrants have now started killing them. But he refuses to acknowledge it