‘There are no wolf warriors here,’ Wang Yi’s meek surrender is the collective victory of the free world against China 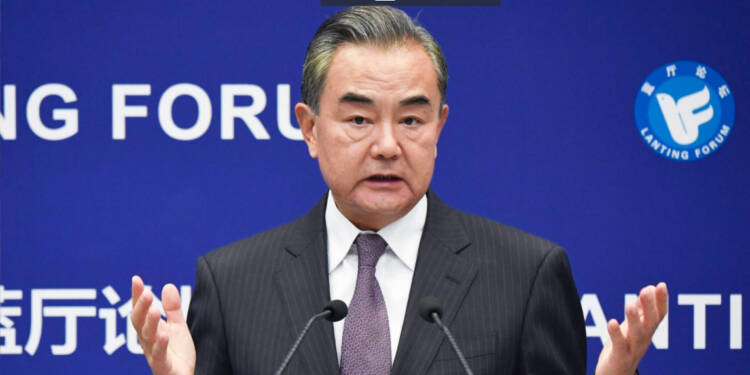 In an attempt to wring China out of the diplomatic meltdown it has been caught in since the pandemic, Chinese foreign minister Wang Yi tried to present China in a more humane light and conceded defeat in the wolf-warrior diplomacy approach.

China had been belligerent, aggressive and diplomatically naïve and threatening to countries and states, who dared speak against it, accuse it or rebut it. From forcing a failed vaccine, to simply using deplorable language against other states – Chinese diplomacy had imploded. With pressure mounting on it and the threat of the Winter Olympics being boycotted, China succumbed to the pressures of the free world which had united under former US President Donald Trump.

Wang fielded more than two dozen questions during a carefully scripted and managed press conference on the sidelines of the National People’s Congress on Sunday, covering a wide range of foreign and domestic hotspots, including Xinjiang, Taiwan, Hong Kong, and the South China Sea.

Although the majority of questions this year were less critical and focused on specific foreign policy problems or China’s ties with different parts of the world, they were all focused on one thing: China’s global image crisis.

Wang’s tone is usually modest and less combative than China’s notorious Wolf Warrior-style diplomats. However, the main message he tried to convey was largely similar to those of his foreign ministry colleagues, that China is a target of bullying and vilification by the US and other Western powers.

Beijing specifically hoped to use Wang’s press conference, one of the most closely watched activities during the annual parliamentary session, to send out an olive branch and allay scepticism, anxiety, and fears, according to Gu Su, a political scientist at Nanjing University.

“Wang was tasked with reassuring the world, particularly the US, that China is not a threat or a disrupter of the existing world order, at a time when Beijing is facing an increasingly hostile environment abroad,” Gu said, “But it was also clear that Beijing harbours no illusions that its relations with Washington and the Western world could be improved substantially given President Joe Biden’s multilateral approach on confronting China.”

Wang also attempted to downplay China’s ideological and geostrategic squabbles with the West, portraying the European Union, Japan, and India as allies rather than structural rivals and challenges.

Wang Yi’s statements come at a time when China’s global image has been at an all-time low around the world. Unfavourable attitudes towards Beijing have reached record highs in many nations, according to recent polls in the United States, Europe, and Southeast Asia.

According to a recent Pew Research Center poll, nine out of ten Americans see China as a rival or an enemy. The majority of respondents supported putting pressure on Beijing on human rights and economic problems, as well as restricting Chinese students’ access to American universities. Another poll conducted this year among China’s Southeast Asian neighbours revealed an increasing mistrust for Beijing, with only a few countries siding with China over the United States in their rivalry.

Beijing’s strong drive to address foreign criticism, observers concluded, was primarily motivated by a desire to cool external ties ahead of the Communist Party’s centennial in July and the Winter Olympics early next year.

According to Gal Luft, co-director of the Washington based Institute for the analysis of global security, “The desire to invest in image repair has much to do with a sense of guilt in Beijing about the global economic implications of the pandemic and concern about the rise of a growing coalition of nations that would like to hold China accountable for the damage.”

However, siding underlying intentions, this is a major victory for the free world. Having chided China for much of the pandemic, Beijing’s admittance to correct itself is a justification for all the anti-China sentiments which have evolved for much of last year. This also proves that China had been belligerent and the US under the Trump administration had been on the correct path and that path is the way forward.