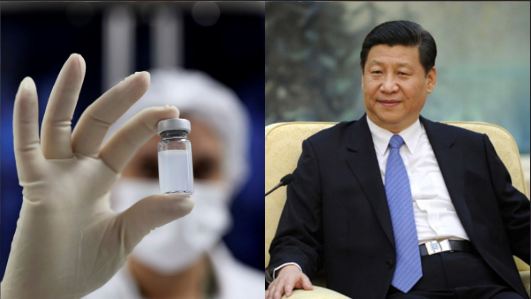 China is now pushing its vaccine on foreign nationals if they wish to enter the country. Several Chinese embassies around the world, including the embassy in New Delhi, have declared that they will begin “facilitating” only those travellers who have received “Chinese-made COVID-19 vaccines.”

China has still not been able to accept the demise of its vaccine diplomacy. It is now forcing Chinese vaccine on foreign investors, students and tourists who wish to visit China, but at what cost? These draconian measures will make up a toxic investment environment as businesses, students and tourists alike would avoid a state which forcefully wishes to force unsafe vaccine down their throats.

The Chinese embassy in India has confirmed that Indians who have been inoculated with ‘Made in China’ Covid-19 vaccines will have their visa applications simplified. In November last year, China banned foreign nationals residing in India from entering the country due to an increase in coronavirus cases. However, no Chinese-made vaccines against coronavirus are available in India or many other parts of the world.

Since Chinese-made vaccines are not available in India or many other places such as the US, the March 15 announcement would be of little comfort to the Jinping regime. China “stands ready to advance reciprocal acceptance of vaccines with other countries,” according to the Chinese foreign ministry, but the process is expected to take time.

The Chinese embassy notified, “Persons and their family members going to China to carry on their employment contracts, work resumption and other relevant activities are allowed to submit their visa applications through Chinese Visa Application Service Center to Chinese Embassy or Consulates in India following the same way as before the epidemic occurred.”

Moreover, China declared on Monday that it would ease travel for foreign nationals who have been inoculated with Chinese-made Covid-19 vaccines, in a step towards normalising international travel. According to an official transcript, vaccinated passengers travelling to China by air would still be required to show negative tests as required by current regulations.

This is a last ditch attempt by Xi Jinping to revive China’s vaccine market which has failed to produce results until now. Chinese vaccine diplomacy as states chose American or Indian made vaccines. Those states which had previously opted for Chinese vaccines refuse to inoculate their citizens with Chinese vaccines.

Jinping had hoped that Chinese vaccine would help China dominate the world. But India has edged China out. India-made vaccines proved to be more efficient and trustworthy than their Chinese counterparts.

But the current Chinese strategy to push its vaccines is also creating a toxic environment for businesses, tourism, international education and free trade. China’s economy is heavily dependent on foreign corporations manufacturing their products in China at a cheap cost. These corporations belong to the US, Europe and also India. Alas, Chinese vaccines have not been certified for inoculating citizens in these states. Moreover, there has been an immensely successful vaccination drive in these regions, far better than what the Chinese have achieved with their vaccines in its territory.

China needs this investment, the exposure and the soft diplomacy which international students provide. But China’s decision to allow entry into Chinese territory only if vaccinated with a Chinese vaccine will deter foreign nations who have already been vaccinated with other vaccines. Moreover, the Chinese vaccines are untrustworthy and thus people, specifically from the US or Europe who have been inoculated with Pfizer or Moderna vaccine will avoid a cheap untrustworthy low efficacy Chinese vaccine, mostly because the health repercussions could be lethal.

Furthermore, China’s decision to not allow international students will only further hurt its soft diplomatic reach and image. Beijing’s soft power diplomacy in education is dented due to the pandemic as thousands of young people have been made to wait to learn whether they will begin their studies back in China. Students are experiencing immense losses and there have been no communication between the Chinese universities and the students.

In India more than 23000-plus enrolled student, who had taken major financial burdens to pursue medical degrees in China have been left in the dark about their education. This makes up for a bad image of China for future prospects to become a major educational hub.

Besides, forcing inoculation would also mean a drop in a number of tourists from rich western countries and even the regional ones. In 2019, the tourism sector contributed 11.3% to China’s GDP. A draconian measure to promote its vaccine will hit the industry hard which would result in a major drop in China’s GDP.

Jinping wanted to boost the image of Chinese vaccines but it will result in a massive depreciation in the Chinese economy. The stubbornness and adamant resolute to not accept defeat in the vaccine diplomacy will bring the whole Chinese economy down.