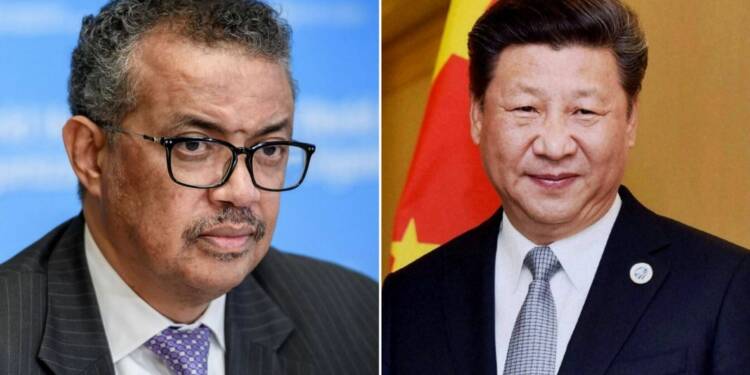 China has reacted angrily to the World Health Organization’s (WHO) chief’s suggestion that further research should be done into the possibility that the coronavirus, that caused the COVID-19 pandemic, first escaped from a laboratory in Wuhan, China.

The Chinese Communist Party’s mouthpiece, Global Times, quoted Tedros Adhanom Ghebreyesus, the WHO’s Ethiopian-born Director General, as saying this week that “further research is required on the hypothesis of a ‘lab leak’ being the origin of COVID-19.”

A Chinese foreign ministry spokesperson was quoted on the front page of the report as urging “the WHO to play a leading role in respecting science.”According to Chinese media, Tedros’s remarks have “already been used by those with ulterior motives to question the authority and scientific quality” of the WHO report, according to an unidentified Chinese expert who took part in the investigation. The expert warned that “WHO will have to be held accountable if worldwide effort at [virus] origin tracing enters a deadlock.”

Beijing’s latest salvo appears to be directed at Tedros’s remarks on March30 when the WHO announced the results of a four-week investigation in China. Tedros, speaking in Geneva, listed several possible possibilities for the virus’s origin, including that it originated in bats and then infected another species, resulting in widespread contamination in Wuhan’s Huanan Seafood Market. The WHO director also addressed the possibility that the virus escaped from a virology lab only a few kilometres away from the Huanan sector, where similar viruses are being researched.

“Although the team has concluded that a laboratory leak is the least likely hypothesis, this requires further investigation, potentially with additional missions involving specialist experts, which I am ready to deploy,” Tedros said. “The team also visited several laboratories in Wuhan and considered the possibility that the virus entered the human population as a result of a laboratory incident,” he said. “However, I do not believe that this assessment was extensive enough. … Further data and studies will be needed to reach more robust conclusions.”

Tedros has been widely accused of being too loyal to China, even by former US President Donald Trump, who characterised Tedros as “China-centric” while cutting off US funding to the WHO last year, which makes the criticism even more ironic.

Read More: Amid WHO’s flip flops, reports about sold out investigators and infighting, experts around the world point at WHO’s fraud

Global Times recently published an article about how WHO is doing its best and how the pandemic has been “treated properly.” It also went so far as to blame Western countries for being too used to Western-dominated international organisations, claiming that they could not tolerate China’s rising power, inadvertently agreeing that China now controls the WHO.

TFIGlobalnews had earlier reported that one should not be surprised with the kind of appreciation WHO is receiving from China, given that both the CCP and the WHO have been in cahoots. This also became the reason why the world at large was unable to believe whatever the WHO was publishing. Now that Tedros has tried to speak out even though it is very punitive in terms of the actual allegations and probes which China should suffer due to its role in the Pandemic, China has lashed out at the WHO chief.