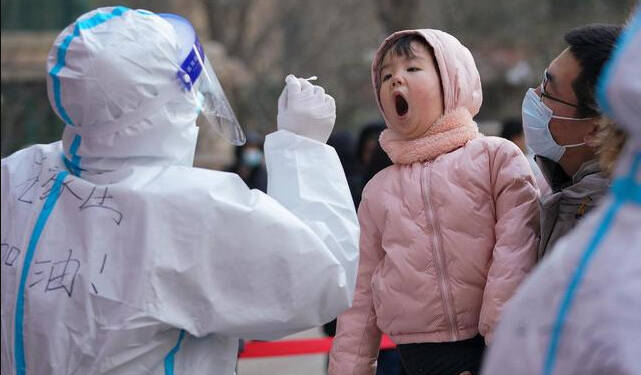 The Chinese citizens have devised a unique mechanism to loot the tyrannical CCP regime which rules over them. The pandemic – which has been produced by China and continues to wreak havoc across the world has only one known antidote – anti-Covid-19 vaccines. For a country as large and as populated as China, vaccinating a significant population against Covid-19 is not a pastime luxury, but a desperate necessity. The Chinese people have come to realise the same, and are now fleecing the CCP in order to get vaccinated. Some countries are offering certain incentives to people so that they are motivated to be inoculated.

In China, however, the CCP has gone on overdrive and is showering money on its citizens to ensure that they somehow get vaccinated with the fatal Covid-19 vaccines developed domestically in the Communist nation. According to a report by the Epoch Times, the Chinese Communist Party (CCP) is pushing hard to boost the use of domestically produced COVID-19 vaccines inside China, with many local governments or entities using various tactics to accomplish this political goal. The CCP is adopting the ‘Carrot and Stick’ mechanism to get Chinese citizens vaccinated, although the people of China have learnt how to game the establishment.

A netizen with the name “a latecomer” tweeted, “The party is really worried too much about the people’s vaccination. At the beginning stage, [we] got free eggs, later, movie tickets, and then, 100 yuan ($15) cash. Now it’s 200 yuan ($30) cash.” The user expected that with the ways things currently are in China, the incentive for people to get vaccinated could even be increased to thousands of yuans shortly. A Weibo blogger Guoliyoudongxi on April 27 posted “Anyone carrying a carton of milk on the street in Shanghai these days has definitely just got a jab!” The replies to this post showed how Chinese citizens were playing the CCP authorities to earn quick cash and even replenish their grocery stocks.

Netizen “Miss Tsundere” said: “In my area, 300 yuan ($45) for one jab. My coordinate: Shanghai, while “Rio zlyee” wrote: “100 yuan per person per jab in Baoshan District.” Another Weibo user by the name “CaCateleya” said, “Taopu neighbourhood community, 200 yuan plus 2 boxes of milk for two jabs. One box of milk for one jab.” Some were even luckier, as they got “rice, cooking oil, coca-cola, and vegetables,” while some were even given biscuits and towels.

According to another Weibo blogger, “Though the government does not mandate the vaccine, many districts in Shanghai give out incentives for people to be vaccinated. Some places give 500 yuan ($77), some 200 yuan ($30), and the minimum incentive would be gifts. The government is so desperate to encourage people to take the vaccine, but they just don’t do it.”

Read more: CCP is bribing its own people with eggs and coupons to somehow get them vaccinated

There are many reasons why the Chinese have very strong reservations against domestically produced Covid-19 vaccines. They simply do not trust the efficacy of the vaccines, and it has been proven beyond reasonable doubt that Chinese vaccines are highly unsafe and have led to many deaths – which by the way, the CCP has never officially reported. In January, Brazil’s Butantan Institute lowered the efficacy rate of the Sinovac vaccine from 77.96 per cent to 50.38 per cent. People with no underlying medical conditions too are succumbing to Chinese vaccines. Facial paralysis, neurologically damaging seizures and the kind, Chinese Covid-19 vaccines are leading to them all.

When news about Pfizer vaccines being imported into China caught the public eye, citizens in the mainland were elated. However, the CCP soon blacked out the news, as people were willing to pay for the vaccines. Their only condition – we will get vaccinated, but not with Chinese jabs.