Xi Jinping may look invincible but the reality is, he is not coming back to power 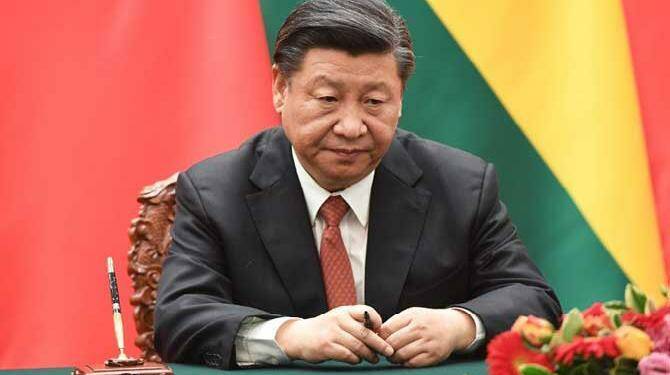 How strong is Chinese President Xi Jinping? If we look at Western media reports, he may appear as the most powerful man on the planet. But the reality is- Xi might not be coming back to power for a third term in 2023. The issue is that Xi is outwardly strong but inwardly weak. And especially after the Pandemic and upsurge in Chinese aggression, Xi faces an uphill task in 2023.

William Pesek, a Tokyo-based journalist, explained how Xi’s policies have eroded China’s “international image in international polls” since 2018 in an op-ed appearing on Nikkei Asia. Pesek seems to believe that Xi’s belligerent policies have damaged brand China. And this does matter in the context of the power struggle revolving in 2023.

Before we embark on a long journey explaining how Xi has damaged China’s international standing, let us make it very clear that China’s external relations matter a lot in its domestic situation. Firstly, because China remains fundamentally an export-based economy. And secondly, because Xi gets paranoid every time the rest of the world mounts pressure on him.

Xi definitely wants to stay in power and this is why he is using the entire government machinery to run false propaganda about a magical rebound in the Chinese economy after the Pandemic. He also claims to have rid the country of poverty. Even if people in China were to believe these lies, it would not suffice because the Chinese President has already hurt brand China.

It is clear that China’s economy grew only because Beijing had developed a practical trading relationship with the West. For many years, the Western world kept hoping that China will liberalise itself, so they kept trading with China. But over the past couple of years, China dashed all such hopes.

Xi actually grew way too ambitious. He started locking horns with former US President Donald Trump, who responded with a trade war and imposed tariffs on a range of Chinese goods that threatened to destroy China’s export-based economy.

And then, the Coronavirus Pandemic damaged China’s international standing even more drastically. The rest of the world did not take long to realise how China’s opaque and authoritarian regime slipped the entire world into a Pandemic that would go on to claim millions of lives.

As is the case with autocratic leaders, Xi did not try to regain global trust, rather he responded with an iron fist- more human rights violations inside China, a reign of terror against Asian neighbours and diplomatic tussles with the West and other democratic power centres like Australia.

So, for example, the Australian PM asked some very practical questions of China- what happened in Wuhan in late 2019, and why an investigation should not be carried out into the Coronavirus origins? But a panicked Xi responded with a trade war and diplomatic face-offs with Canberra. These were the first signs of Chinese hawkishness that started creating a very negative sentiment about the Communist nation.

Near its borders, Xi was found using the Pandemic to gain geopolitical leverage. Like a real warmonger, Xi was sending around vessels and troops to engage Asian neighbours like India, Japan, Taiwan, Vietnam and the Philippines. At the same time, China increased genocides in Xinjiang, killed personal liberties in Hong Kong and tried to make a fortress out of Tibet.

Read More: France Army to train alongside Japan’s ‘Marines’. It’s a bold message to both China and the USA

Let’s be very clear- Xi was looking at things in a very twisted way. He thought that aggression and hooliganism would force the rest of the world into submission and make him the most feared world leader in a long time. But things boomeranged pretty quickly.

There was a definite pushback from countries like India, Japan and Australia, which tightened their defences in order to contain China. And to further mount troubles on Xi, the world started noticing what Chinese authorities were up to. So, organisations like the G-7 and the European Union, which had rarely bothered to criticise Chinese atrocities, suddenly picked up issues like Xinjiang and Hong Kong.

Xi himself has shown signs of growing paranoia and insecurity. His crackdown on Alibaba founder Jack Ma, for example, is likely to backfire and generate adverse sentiment amongst Chinese billionaires, as well as the influential Shanghai faction within the CCP.

Read More: After hounding Jack Ma’s Ant Group, CCP is all set to destroy ByteDance as it cancels its IPO

Within China, there is a growing fear about how growing isolation and diplomatic pressure can hark the country back to the Maoist era of destitution. The fear is particularly prominent in the Chinese elites who have thrived on a relatively benevolent Chinese image. They suddenly find the murderous Xi regime hogging the limelight for all the wrong reasons.

When Xi goes to the polls in 2023, his strongman image will hardly matter. What will really be at play is his belligerent actions that have tarnished whatever reputation the Middle Kingdom enjoyed. Xi is not invincible and the world will understand this in just two years from now.