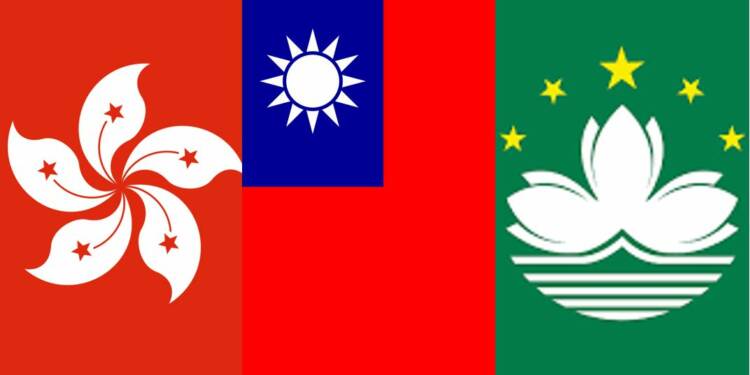 According to Taipei, the acting chief of Taiwan’s representative office in Macau has gone home after refusing to sign a paper acknowledging China’s sovereignty over the self-governing island republic. “The future situation is not optimistic,” Taiwan’s Mainland Affairs Council said in a statement, calling the Macau authorities “disrespectful and unfriendly”.

Four additional Taiwanese employees with legal visas will remain in the semi-autonomous city to keep the office running, according to the statement. It comes just a week after seven employees of Taiwan’s trade office in Hong Kong quit after refusing to sign a similar “one China promise” recognising Taiwan’s status as a Chinese province.

Authoritarian China’s conviction that democratic, self-governing Taiwan is a part of its territory and must be seized one day, by force if necessary, is shared by Macau and Hong Kong. Both have closed their Taipei commercial offices, and Beijing has stepped up diplomatic and economic pressure on Taiwan.

The Taiwanese council also said there was a protest “by pro-China people outside our office in Macau to smear” the Taiwanese government. “This shows that the authorities and civil sector in Macau have been disrespectful and unfriendly to our side,” it said.

In a demonstration a few days before Chen Chia-departure hung’s on Sunday, protesters accused Taiwanese President Tsai Ing-wen of endangering the “prosperity and stability” of Macau and Hong Kong, according to Taiwan’s Liberty Times newspaper.

Following Tsai’s election in 2016, Beijing severed official ties with Taipei and launched a concerted pressure campaign, as she views Taiwan as a sovereign state separate from Chinese territory. Tsai’s government is also an outspoken backer of democratic values, and it has quietly assisted some Hong Kong residents to flee Beijing’s crackdown on dissent when the city was rocked by massive democracy rallies in 2019.

Last month, Hong Kong shut down its trade office in Taipei, accusing Taiwan of intruding “grossly” in its affairs and causing “irreversible damage” to relations. Macau followed suit and closed its headquarters earlier this month, citing difficulties in obtaining visas for its employees. Both Hong Kong and Macau are Chinese cities with semi-autonomous governments, although Beijing has increased direct authority in both former colonies. And now Beijing is trying to pressurize the Taiwanese government through its colonies.

However, the closing of trade offices in Macau and Hong Kong will not suffice as over the last year, since the beginning of the Pandemic, Taipei’s diplomatic efforts have led to many new allies voicing their support for the island.

Australia, Japan, India and the United States and even the European Union among others have all increased their support for Taiwan diplomatically and even at international organizations such as the WHO and the United Nations. Therefore, Beijing’s concentrated efforts via its colonies to pressurize Taipei into recognizing CCP’s one-China policy will wither out, without reaching its goals.