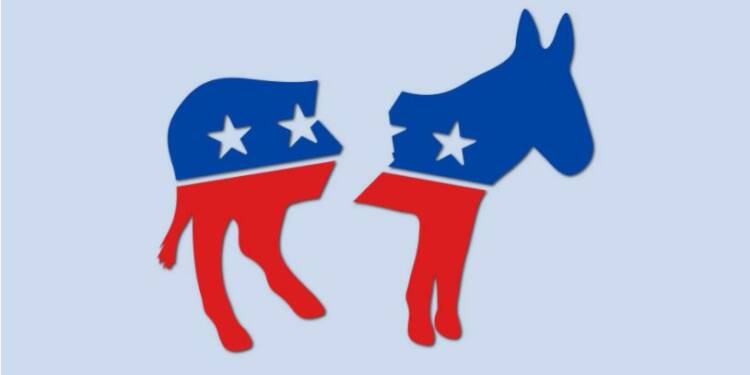 A year ago, from now, no democrat, would have publicly denied that the “Defund the Police” movement is their cause and objective. However, the Democrats have now realized that the movement itself is political poison. Thus, Jen Psaki, the White House spokesperson has publicly denied that the defund movement was not a democrat initiative and was pushed by the Republicans, as crime rates continue to surge in the United States. But as it may, the “defund” was an important agenda of the progressive democrats and in a zoom chat with fellow Progressive Democrat Jamaal Brownman (D-NY), Alexandria Ocasio Cortez, a prime member of “the squad” called the allegations of rising crime rates as “hysteria.”

The tussle for power and control within the Democrat Party in the United States is reaching its boiling point. Since US President Joe Biden assumed office he has been pushing the progressive agenda, but of late things have changed with the Biden administration showing signs of resilience against the overwhelming left-leaning agenda which has plagued it in the first few months.

However, the Democrats only hold a slight lead in the US Congress and Senate and thus need the progressive democrats on their side to push through with their political goals, thus giving the “the squad” an unprecedented amount of control over the policies of the Biden administration. However, things have begun to change rather quickly with the democrats realizing that they might lose the advantage in the Senate and the Congress after the mid-term elections if they continue to push the left-leaning agenda of the progressives.

Jen Psaki, during a White House press briefing, had said that it was the Republicans who wanted to defund the police. Amid rising crime rates, it was understandable that Psaki wanted to protect the administration from the fallout of the defund movement. However, by doing so she will irk the progressive democrats who clubbed the “Black Lives Matter” protests with the defund.

AOC, along with fellow proponent of the defund, Jamaal Bowman, dismissed concerns about surging crime rates as mere hysteria. “We are seeing these headlines about percentage increases,” Ocasio-Cortez said, reducing recent incidents such as a tourist shot in broad daylight in Times Square and kids ducking for cover amid a gang shooting in the Bronx to mere statistics.

“Now I want to say that any amount of harm is unacceptable and too much. But I also want to make sure that this hysteria, you know, that this doesn’t drive a hysteria and that we look at these numbers in context so that we can make responsible decisions about what to allocate in that context.”

The difference of opinion between the fellow democrats over rising crime rates is clear, however, this is not the first time that the differences between the progressive and the moderate Democrats are out in the open. There have been various instances where the progressives have tried to force the Biden administration to take a different and more left-leaning stand, only for it to be stalled. These instances have led to scathing attacks and criticisms of the Biden administration by the squad.

One of those instances was Kamala Harris’s visit to Guatemala. Harris has been endowed with the responsibility to fix the border crisis spurred by Biden’s devastating immigration policy, which had been pushed for by the progressives. Kamala in order to fix “the root causes”, visited the Central American state and pleaded the citizens to not come to the United States.

AOC slammed the US Vice President, for asking the Guatemalan immigrants to not come to the US. She said, that the US was responsible for destabilizing the country in the first place. She said, “First, seeking asylum at any US border is a 100% legal method of arrival. Second, the US spent decades contributing to regime change and destabilization in Latin America. We can’t help set someone’s house on fire and then blame them for fleeing.”

Another major instance of differences was displayed over the Infrastructure bill. Senator Bernie Sanders (I-Vt.) has told President Biden and Senator Joe Manchin (D-W.Va.) that a bipartisan infrastructure bill without a reconciliation clause will not be supported. “Let me be clear: There will not be a bipartisan infrastructure deal without a reconciliation bill that substantially improves the lives of working families and combats the existential threat of climate change,” Sanders said in a tweet on Sunday afternoon. “No reconciliation bill, no deal. We need transformative change NOW.”

Sanders’ demand comes a day after Biden backtracked on remarks he made on Thursday, implying that he would only sign a bipartisan bill if a broader reconciliation package was also passed.

While, having previously pushed the left-leaning agenda, the Biden administration has come to its senses. However, for how long can they keep the progressives at bay remains to be seen? While progressive Democrats can make their presence felt, using their numbers and their increasingly powerful lobby in the senate and the congress, by stymieing the policies of the Biden administration, at the same time they can make life more difficult by raising protests against the government, similar to the violent BLM protests.