After ensuring the fall of Hong Kong, Carrie Lam is ensuring its intellectual death 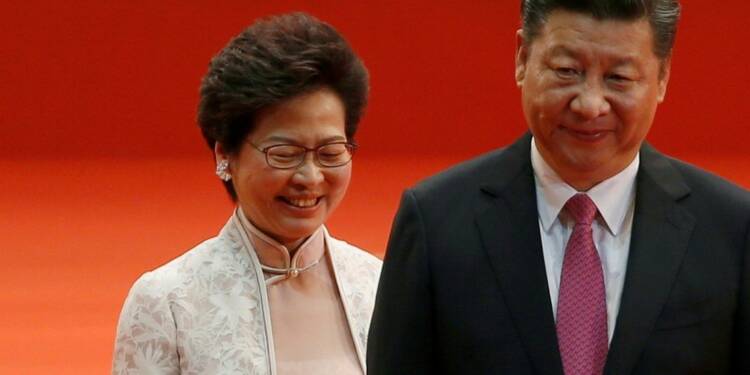 Carrie Lam will be remembered as the leader who turned her back on her own people. She has now shifted her attention to ensuring that Hong Kong’s intellectual thought dies a rapid and definite death, following the strategic devastation of Hong Kong at her hands.

She is one of the principal perpetrators of Hong Kong’s demise, as well as a crucial figure in Shenzhen’s ascension. Hong Kong residents were understandably afraid that another economy akin to Hong Kong’s would jeopardise Hong Long’s position in Beijing. Lam saw to it that it took place. She is now focusing on Hong Kong’s intellectual community.

Carrie Lam, Hong Kong’s Chief Executive, stated on Saturday that the city-state must openly pursue patriotic education. She claimed that children had been misled and that their values needed to be corrected.

The CE stated the SAR lacked patriotic education both before and after the transfer when speaking at a forum. She claimed that in the past, certain groups of people with ulterior purposes stigmatised national education and that this had harmed students’ sense of national identity and resulted in catastrophic consequences.

She stated that loving one’s nation is completely justified, but betraying it is a major crime. She advised individuals working in education to place a premium on encouraging patriotic education.

Tan Tie-niu, Deputy Director of Beijing’s Liaison Office in Hong Kong, said it was surprising that some young people in Hong Kong resisted their own country and slandered their own race, speaking at the same forum. He stated that during the anti-government rallies in 2019, some befuddled youths got lost on the streets, but that the central government had taken steps to assist Hong Kong in putting an end to the violent riots.

He believes that the SAR government should take the initiative and create a system to encourage patriotic education and that schools should ensure that patriotism is ingrained throughout the educational process. He stated that Hong Kong students must not become persons who merely have a Chinese face but no Chinese heart.

Read More: While shutting down trade offices in Hong Kong and Macau in Taiwan, CCP wants Taiwan to yield. But that’s impossible

Carrie Lam has wasted no time while toeing Beijing’s line in Hong Kong since she took power. From detaining pro-democracy leaders Martin Lee, media tycoon Jimmy Lai, and senior lawyer Margaret Ng to “dismantling of Hong Kong’s economy,” and destroying the intellectual thought in Hong Kong, she has left no stone unturned.

On 14th May this year, TFI reported, that the CCP is whitewashing the historical identity of Hong Kong by forcing alternate history down the throat of the citizens. The greatest way to control people is to erase their history and make them forget who they are, which is precisely what the Chinese Communist Party is doing in Hong Kong.