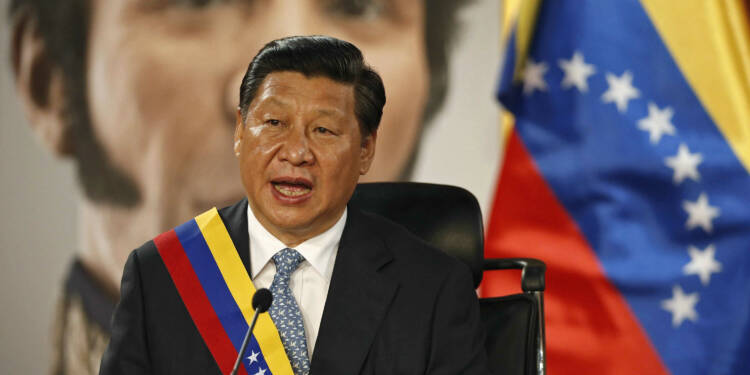 The International order is going through a churn and changing alignments as well as realignments have become an order of the day. While the USA has been putting sanctions on rogue regimes the world over, the Chinese Communist Party and Xi Jinping have realised it to be an opportunity to gain allies and friends. While the western countries with their Asian allies are trying to contain China via Quad, Beijing is trying to create its own quad with the three rogue nations namely North Korea, Venezuela and Iran. Even after being blacklisted by Washington two years ago for handling Iranian petroleum, a Chinese logistics firm (China Concord Petroleum Co, also known as CCPC) has emerged as a key player in the supply of sanctioned oil from Iran and Venezuela, according to seven persons familiar with the arrangements.

While China is providing logistical support for oil trade between the two nations which are under crippling sanctions, it is also indulging in oil trade with North Korea even though oil export to the country is under United Nations Security Council (USNC) restrictions. A North Korean oil tanker made its first stop in a Chinese port after 2017 in mid-April this year. Pyongyang has openly sent a tanker to China for the first time since the United Nations imposed strict sanctions on North Korea’s oil imports. All these actions and activities when observed in unison give an idea of how China is creating its own axis of allies, or for the lack of better words, fostering its own quad to challenge India, Australia, Japan and the US.

According to PDVSA (Venezuela’s state-owned oil company) records and tanker monitoring data, the Hong Kong-registered company has quickly established itself as a key partner for Caracas, chartering ships transporting about 20% of Venezuela’s total oil exports in April and May, totalling nearly $445 million in petroleum. According to the documents, CCPC did not charter any ships carrying Venezuelan oil in June. According to two sources, CCPC has purchased at least 14 tankers in the last year to transport oil from Iran or Venezuela to China.

In late May, Iran dispatched two Navy boats to the Western hemisphere, as per TFIGlobal, and an Iranian official confirmed the destination as Venezuela on June 1. According to an armaments pact signed last year, the vessels could be delivering missiles and potentially speed boats to Venezuela. This irked the US establishment and gave away that there was some sort of bond developing among these rogue nations along with China.

Read more: On one hand, Iran wants a deal with America and on the other, it’s helping Venezuela’s anti-America dictator Maduro

While Beijing is developing a concert of allies in this part of the world and providing a platform for the two sanctioned rogue nations, thereby making them extremely dependent on China; it has also started to openly provide oil exports to North Korea, without the concerns of receiving any flak from the UN and its member countries.

As reported by The Diplomat, in mid-April, the North Korean-flagged Sin Phyong 2 (indicating its position as Songmyeng 2) reached the Chinese port of Longkou in the country’s northeast, where it stayed moored for several days before signalling its return to the DPRK’s western coastline. Although satellite footage shows the ship docked closer to a bulk cargo processing facility, it was also only a short distance south of a relatively big oil tank farm, which is commonly seen in publicly accessible satellite imagery.

The New York Times claimed in March that a tanker named New Konk visited a separate port along China’s southeastern coast on January 1, 2021, despite the fact that North Korean oil tankers had not advertised their presence in Chinese ports for years. The New Konk is not registered in North Korea and has been identified as a ship-to-ship transfer vessel by the United Nations Panel of Experts, which has recommended the ship for UN designation and a global port restriction. Other North Korean tankers and coal smugglers also routinely visit Chinese waters along the country’s southeastern coast.

The sanctions have wreaked havoc on the economy of North Korea, Iran, and Venezuela, as well as Iran’s and Venezuela’s tanker fleets. According to analysts and publicly available statistics on PDVSA’s fleet, their tanker fleets are overstretched and in need of an overhaul. China’s backing and direct involvement, on the other hand, has brought respite to these rogue nations. According to a Reuters survey, Iran exported more than 600,000 barrels per day of petroleum in June. According to estimates based on tanker tracking data, this compares to a high of 2.8 million BPD in 2018, before sanctions were applied, but up from 300,000 BPD in 2020.

By providing support and consistent assistance to these three sanctions-ridden countries, China is trying to create a concert of allies by collecting the isolated and abandoned rogue nations but it is a strategy that can provide momentary relief but will not help China fight the free world.

Domestic uprising, Taliban and the Yemen war: Why Iran wants to normalize ties with Saudi Arabia