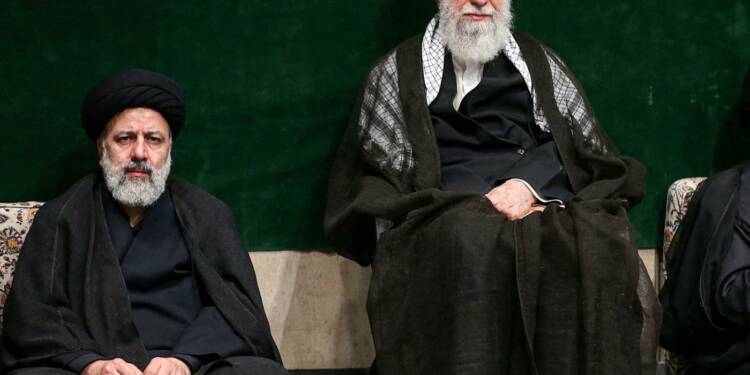 Iran faces a massive loss of legitimacy across the world. In the general elections conducted in June, ultraconservative hardliner Ebrahim Raisi was elected President amid a historic boycott of the polls by Iranians. His radical government does not have the popular support of Iranians, and having been made to contest a rigged election prior to which all competition was flushed out by Supreme Leader Ayatollah Ali Khamenei and his Guardian Council, Raisi’s coterie of leaders have close to no standing and legitimacy around the world. Within Iran, the appointment of Ebrahim Raisi as President has brought out in the open the deep rifts which exist among Tehran’s ruling class.

The inauguration of Ebrahim Raisi was made a grand event, with a lot of pomp and show to account for. Iran’s proxy militias and regional extremist organizations got front-row seats at the event. However, there were many notable individuals who gave a miss to the event altogether. These include former presidents, chairman of the Expediency Council and a member of the Guardian Council, the longest-serving parliament speaker and a Khamenei adviser, among others. These are important figures in Iran, and their resentment with the Khamenei regime is now out in the open.

Former Presidents Mahmoud Ahmadinejad (2005-2013) and Mohammad Khatami (1997-2005) were nowhere to be found. Once a close aide to Ayatollah Ali Khamenei, hardliner Mahmoud Ahmadinejad was barred by the Supreme Leader’s Guardian Council from contesting the last two presidential elections. His absence during Raisi’s inauguration is a direct challenge to Khamenei’s regime, as the volume of anti-regime influencers is continuously growing in Iran.

Read more: ‘The new Iranian President is unstable,’ Israel warns the CIA chief and he will be stupid to not listen

According to Al-Monitor, the absence of the Larijani brothers was even more shocking. As chairman of the Expediency Council and member of the Guardian Council, Sadeq Larijani’s absence should have been out of the question. The same holds true for his brother, Ali Larijani, who is the longest-serving parliament speaker and a Khamenei adviser.

These absences speak to the growing discontent among Iran’s political elite against Ayatollah Ali Khamenei and his hand-picked President – Ebrahim Raisi. For the past many years, Ali Khamenei has wanted complete control over all elements of the Iranian government. Being the supreme leader of Iran has not really helped Khamenei exercise full control over Iranians, especially when the people elected moderate presidents like Hassan Rouhani. With Rouhani in power, Khamenei and his lackeys witnessed significant resistance at every step of the way, given how the former President had a differing foreign policy outlook. At the end of the day, however, Khamenei is the supreme leader, so he got his best man – Ebrahim Raisi elected as President.

With Raisi in office, Khamenei now has control over all aspects of Iran’s government. While Khamenei got Raisi elected to strengthen his own position, what has also emerged as a byproduct is an open wave of discontent against the Islamic regime, which now threatens Khamenei’s position more than ever. The rift against the Islamic regime is out in the open, and it is beginning to include even influential members of the country’s political leadership. When both the people and influential members of the political circle begin turning against you, rest assured, you are in deep trouble. This is the case with Ayatollah Ali Khamenei and his blue-eyed boy, Ebrahim Raisi.

Raisi was elected to power after Khamenei got all competition removed using the Guardian Council. The Council chose seven candidates to contest the polls in June, and Raisi was far ahead of them all. All real challengers were barred from contesting against Raisi. Ebrahim Raisi has the distinction of being a hardline judge, who during the 1980s was one of four judges who imposed death penalties on thousands of political prisoners.

Iranians are all too aware of Raisi’s credentials. Therefore, just prior to the elections in June, over 110 civil and political activists called for a boycott of the polls. In his desperation to consolidate his position, Ayatollah Ali Khamenei has not only alienated the people of Iran, but has also managed to give rise to dissension among the country’s political elite. Raisi’s election as president has, therefore, already backfired for Khamenei.