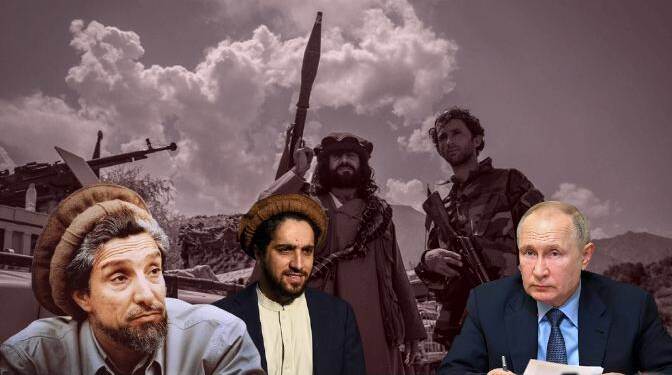 Geopolitics and foreign policy are highly flexible and context-oriented and most people are not able to foresee the developing scenarios in the region they try to focus on. This is in exact display currently in Afghanistan, with Russia signalling help to the son of Ahmad Shah Massoud in his resistance against the Taliban. To give some context, it was these very Mujahideen who were the reason for the ousting of the Soviet Union from Afghanistan. However, current geopolitical realities have brought the two sides together.

As per Reuters, Russian Foreign Minister Sergei Lavrov, on Tuesday, said that Russia along with other nations is interested in serving as mediators in resolving the crisis in Afghanistan. “We remain committed to the task of establishing peace and stability on Afghanistan’s territory so that it poses no threats to the region,” Lavrov said. These statements of mediation come at a time when the anti-Taliban resistance is witnessing a resurgence in the Panjshir Valley of northern Afghanistan, under the leadership of Ahmad Massoud. If anything, these statements solidify the point that Vladimir Putin is helping him in defeating the Taliban.

It is pertinent to note that, from his base in the valley until his execution in 2001, Ahmad Shah Massoud, Afghanistan’s most famous anti-Taliban fighter, led the toughest struggle against the Islamic fundamentalist organisation. In 1979, Ahmad Shah adopted the title “Massoud” (“the fortunate one,” or “the beneficiary”). He later became one of the country’s most powerful mujahideen commanders, with a history of fighting against the communist government in Kabul and the Soviet Union at the time. Now writing for Washington Post, his son, Ahmad Massoud stated his desire eloquently. He said, “I write from the Panjshir Valley today, ready to follow in my father’s footsteps, with mujahideen fighters who are prepared to once again take on the Taliban. We have stores of ammunition and arms that we have patiently collected since my father’s time because we knew this day might come.”

On August 19, TFI became the only media house to predict Russian fingerprints on Afghanistan’s resistance movement. Even the Taliban itself seems to understand the importance of Russia’s presence, as recently the terror group sought Moscow’s assistance to mediate with the resistance forces. Amrullah Saleh, a spy turned politician, is a decisive man who has taken it upon himself to drive the Talibani savages out of Kabul and exterminate them. Considering Russia’s diplomatic offensive against the Taliban in the backdrop of the terror group’s increasing proximity to China, TFI predicted that Russia could be plotting to fulfil its Afghanistan mission, which it had failed to complete in the 1980s under the Soviet umbrella.

Read more: TFI is the only media house that predicted Russian fingerprints in Saleh’s resistance. Taliban admits it too

In an interesting development on August 22, the Russian ambassador to Kabul revealed that the Taliban has approached Russia to convey its offer of a deal to the remaining pro-government holdout in northern Afghanistan. The Islamist group has also vowed to end the bloodshed in the region and has asked Russia to tell the pro-Afghanistan fighters that the Taliban hopes to reach a political settlement with them.

On the other hand, Lavrov has not only showed Moscow’s interest in mediation but also stated that Russia opposes allowing Afghan refugees to enter Central Asia, as well as the presence of US forces in the region. “If you think any country in Central Asia or anywhere is interested in becoming a target so that the Americans may carry out their objectives, I seriously doubt it,” he said during a briefing in Hungary.

Russia understands, that if the Taliban are not controlled there might be irreversible consequences in Central Asia, which Putin is not willing to go through. Russian Foreign Minister Sergei Lavrov’s statements in the overall context give an obvious possibility that Putin is helping Ahmad Massoud to defeat the Taliban, even though his father fought against the Soviets and drove them out of Afghanistan.

Joe Biden wanted to get Trump’s “Remain in Mexico” policy to be rescinded, Supreme Court said NO