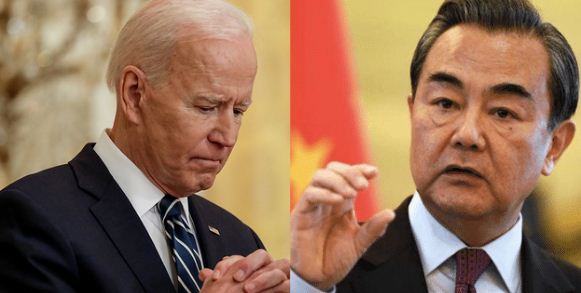 Joe Biden’s Afghan debacle has put the USA in a fix. It is the unholy nexus of the Taliban and China that is calling the shots in Afghan affairs, while the Biden administration increasingly finds itself incapacitated to evacuate stranded American citizens in Afghanistan. Given China’s immense influence over the militant group, Beijing holds the key to the American problem; however, it could cost America an arm and a leg to make the communist country fall in its line.

Joe Biden’s botched-up withdrawal has led to the Taliban gaining considerable political and military power. Given the Taliban’s proximity to Beijing, the American interests, assets and most importantly, the fate of American citizens essentially now lies in the hands of China. The Biden administration knows this very well, and as a result, it is pleading with China to assist.

Read More: It’s official. China will whole-heartedly support the Taliban even if it means suicide

On Sunday, the US Secretary of State, Antony Blinken, called his Chinese counterpart Wang Yi and urged China’s cooperation towards stabilizing Afghanistan. The US troops are out of Afghanistan; however, about 300 American citizens remain trapped in the war-torn country.

The US has claimed that it has the capacity to evacuate the remaining citizens. However, this goes without saying that the US vehemently needs China’s cooperation to get the Taliban to agree upon America’s evacuation plan after the August 31st deadline.

Biden’s America is in a precarious situation in Afghanistan that has provided China a stick to beat the US president with. Wang Yi on Sunday made it clear that China’s engagement with Washington DC would solely depend upon its treatment of and attitude towards China. Wang Yi said, “Dialogue is better than confrontation and cooperation is better than conflict, and the Chinese side will consider how to engage with Washington based on its attitude towards Beijing. If the US side also hopes to bring bilateral relations back on the right track, it should stop blindly smearing and attacking China, and stop undermining China’s sovereignty, security and development interests.”

China’s message here is loud and clear. If the US wants China to co-operate on Afghan matters or safe evacuation of its citizens from the Taliban-ruled country; then it must give in to China’s demands for meaningful and effective bilateral talks. Currently, the issues of China’s aggression in the South China Sea, Human rights abuses in Xinjiang and the origin of the Covid-19 are the top sources of tensions in the Sino-US relations. Simply put, China has deployed its blackmailing tactics against the US to get the strongest country on this planet to essentially give it a free pass over its coercive actions against America’s allies in ASEAN and its incessant abuse of human rights in the country’s Muslim-dominated regions.

Read More: Defiling Mosques and punishing Muslims: What Mao did to Yunan in 1968 is now being replicated by Jinping in Xinjiang

Given Biden’s fast dipping popularity at home, the US administration is desperately looking for ways to somehow get the remaining American citizens out of the war-torn country. The US will likely put the interests of its citizens stranded in Afghanistan above those from ASEAN nations or nations that view America as their partner in their fight against communist tyranny. That effectively means that the US could rein in its support to countries like Taiwan, India and Japan to please China and its president Xi Jinping.

America has already lost considerable credibility among its allies following the USA’s untimely abandonment of Afghanistan. Now, if Biden backs off from supporting the democratic alliance of the world in its fight against China, America will be rendered into a pariah state in the years to come.