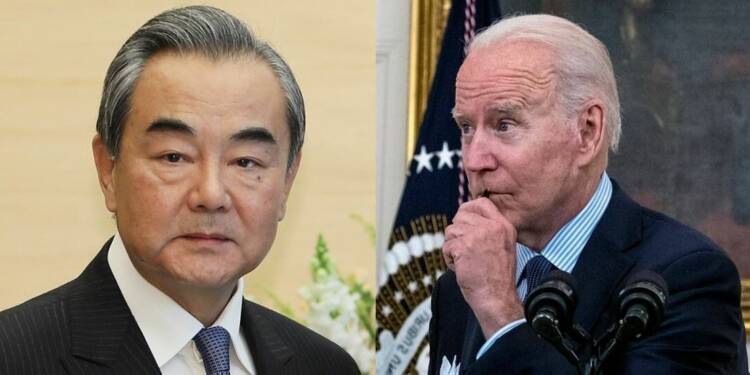 The Taliban and China have established rock-solid ties over the past few weeks. It looks like China has taken upon itself the task to provide the Taliban with international recognition and legitimacy. Joe Biden’s Afghan fiasco has put China in an extremely advantageous position and resultantly, China is now exploiting American vulnerabilities in Afghanistan by asking it to not just guide the Taliban but also help its worsening economic woes. Essentially, Chinese foreign minister Wang Yi is firmly pulling Joe Biden’s strings to make the most out of the Afghan crisis. On Sunday, Wang Yi talked to US Secretary of State Antony Blinken on the latter’s request to discuss the Afghan issue. Wang Yi exploited Blinken’s dilemma by lambasting him for creating troubles in China’s neighbourhood while also taking the opportunity to lecture him on the USA’s alleged botched-up Taliban policy.

Wang Yi told Blinken that, “The US needs to work with the international community to provide Afghanistan with urgently-needed economic, livelihood and humanitarian assistance, help the new Afghan political structure maintain normal operation of government institutions, maintain social security and stability, curb currency depreciation and inflation and embark on the journey of peaceful reconstruction at an early date.”

Read More: ‘Ignore our aggression or lose stranded Americans,’ China resorts to blackmailing the US on Afghanistan

So, China is now dictating its terms to the US in Afghanistan and it wants America to fulfil what the Taliban has been striving to achieve for weeks. Wang Yi, and not Blinken, is essentially driving the USA’s Afghan policy in Afghanistan and there is nothing that Joe Biden could do to rein in Beijing’s offensive diplomatic strides in the war-torn country.

Afghanistan is the current Achilles heel of Joe Biden’s foreign policy. His debacle in the country has provided the Taliban and China with a fortune moment to forge stronger ties. Given the Taliban’s proximity to Beijing, the American interests, assets and most importantly, the fate of American citizens essentially lies in the hands of China now. Biden administration knows this very well, and as a result, it is pleading with China to assist.

The US troops are out of Afghanistan; however, about 300 American citizens remain trapped in the war-torn country. The US has claimed that it has the capacity to evacuate the remaining citizens. However, this goes without saying that the US vehemently needs China’s cooperation to get the Taliban to agree upon America’s evacuation plan after the August 31st deadline.

Read More: China rushed to Taliban to rein in ETIM. Now ETIM is all set to free Xinjiang with the help of Islamic State

Biden’s America is in a precarious situation in Afghanistan that has provided China with a stick to beat the US president with. Wang Yi has already signalled that if America wishes to get China’s assistance and cooperation on the Afghan issue, then the US must give Beijing a free pass over its coercive actions in the South China Sea and its human rights abuses in Xinjiang province.

Simply put, China is in control of the Afghan situation now. China became the first country to have expressed its desire to forge “friendly ties” with the Taliban. Though the Taliban fiasco could come at a hefty diplomatic cost for Beijing, it has rendered China a major influential power in Afghan affairs. America needs China to save its interests out there and therefore, China is going all out to wield maximum sway over the State Department to help the Taliban-China nexus grow even stronger in the coming years.