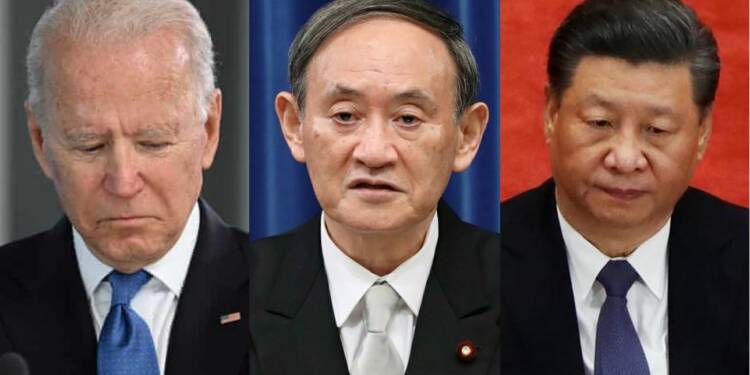 Japan has transformed. It is no longer a staunch believer in the policy of ‘pacifism’. Japan’s geopolitical realities, especially in the context of growing Chinese aggression across the Indo Pacific have forced Tokyo to rethink its security strategies and outlook. Today, Japan is not a power to be messed with. And while China has been at the receiving end of several setbacks, delivered to it by Japan consecutively, the United States under the Biden administration is not far behind. Joe Biden has shown an incredible ability to undo American alliances across the world. Today, Washington’s influence is waning the world over.

A Show of Strength

A major show of strength has just been executed by Japan in Afghanistan, and this development is unprecedented because a few years ago, it would have been unthinkable for Tokyo to achieve a similar feat. Japan’s Self Defense Force (SDF) was pushed into Afghanistan to undertake an evacuation mission amidst growing violence and attacks in Kabul. In a significant step, Japan’s Defence Ministry permitted all SDF personnel involved in the evacuation the right to carry weapons and use them if necessary.

According to Japan Times, on August 23, Defence Minister Nobuo Kishi ordered the dispatch of one Air Self-Defense Force C-2 and two C-130 transport planes to pre-position out of Islamabad and fly evacuation operations into the Hamid Karzai Airport in Kabul.

Japan has since the implementation of the post-war constitution refrained from authorizing the Japan’s Self Defense Force from using weapons beyond its borders. The fact is, Japan used the Afghan crisis to break shackles and ordered the Japan’s Self Defense Force to use weapons if necessary. The most important part really is that Japan was not even constitutionally allowed to engage in international operations, even if they entailed evacuation of Japanese or foreign nationals. In July 2014, the Japanese government reinterpreted Article IX of the Constitution to allow for the limited exercise of collective self-defence and protection of foreign nationals.

A year later, the Japanese parliament codified that constitutional reinterpretation into law. As a consequence of the same, Japan’s Self Defense Force was allowed the use of force for the protection of others and also empowered with the rescue of people from foreign nations. The evacuation campaign of Japan witnessed recently in Afghanistan comes as perhaps the first practical execution of that 2015 law. This changes many equations for Japan.

Message to the Biden Administration

TFI had already reported how although Japan’s alliance with the U.S. will continue to underpin Tokyo’s security policies moving forward, recent developments in Afghanistan, according to Nikkei Asia, have sparked a debate within the ruling LDP that Japan, like Afghanistan, has perhaps relied too heavily on a U.S. military presence and needs to grow independent of America.

If the United States could not help Japan in Afghanistan, there is very little which Tokyo can expect out of the Biden administration in the East China Sea against China and in support of either Taiwan or the Senkaku islands. Now, Japan will be focussing on building up indigenous capabilities in order to deal with contingencies of all kinds on its own, without having to look up to other countries for help.

The Japan’s Self Defense Force evacuation campaign has demonstrated Japan’s enhanced capabilities in using its forces for a variety of reasons. The USA under Joe Biden cannot be trusted, and Tokyo has made it clear that it does not really need America’s help in trying circumstances, although the same would definitely be appreciable.

Japan has been pursuing a stringent anti-China line for quite some time now, and most recently, has even committed to protecting Taiwan militarily if the need arises. As reported by TFI recently, Japan’s Defence Ministry is looking to deploy Ground Self-Defence Force (GSDF) missile units with 500-600 personnel in the Ishigakijima island in Okinawa Prefecture by the end of the fiscal year 2022. This will bring the number of missile units in the Nansei island chain to four, including the main island of Okinawa. Additionally, Japan also showed Taiwan as a separate entity from China in this year’s defence white paper.

The Japan’s Self Defense Force’s evacuation campaign in Afghanistan, and Tokyo allowing its forces to carry and use weapons in a foreign nation has sent a clarion warning bell ringing in Beijing. If Japan can allow the use of force in Afghanistan, it will not once shy away from using the same force against China in the East China Sea, in case Beijing tries its luck around with the Senkaku islands and Taiwan.

Additionally, Japan’s Defence Ministry is seeking a record $50 billion budget, which would amount to an unprecedented 2.6 per cent jump in the country’s military spending. Japan is also ditching the psychological barrier of restricting defence spending to 1 per cent of the GDP, which was essentially a fallout of the post-war pacifism.

Interestingly, Japan’s show of strength comes in the backdrop of China’s new maritime rules designed to control the entry of foreign vessels in what Beijing calls “Chinese territorial waters” taking effect from September 1. As per the new law, foreign vessels, both military and commercial, will now be required to submit to Chinese ‘supervision’ in “Chinese territorial waters.”

Japan is not, in any manner, going to accept such brazen and unilateral rules set by China in the East and South China Seas. By allowing Japan’s Self Defense Force the use of force in Afghanistan, Japan has made it clear to Beijing that it should not try its luck around Japanese waters.

For the Biden administration, being clubbed alongside China for all the wrong reasons might even be an achievement. Yet, in the long run, Joe Biden is simply destroying America’s relations with its most trusted and significant ally – Japan. China, meanwhile, has been told by Tokyo to not act smart.