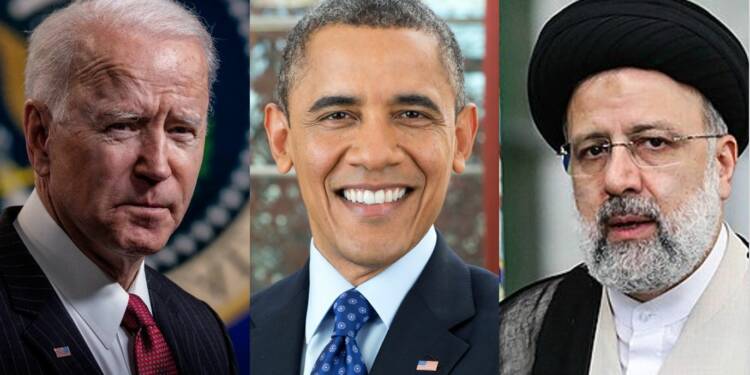 The US has removed its most advanced missile defence system and Patriot batteries from Saudi Arabia in recent weeks. The revelation was made by the satellite images analysed by AP.  A satellite image seen by the AP in late August showed some of the batteries removed from the area, though activity and vehicles still could be seen there. A high-resolution Planet Lab satellite picture taken on September 10 showed the batteries’ pads at the site empty, with no visible activity.

In a development that would concern Saudi Arabia, the withdrawal of the Patriot missile defence system comes at a time when Houthis have upped the ante against Riyadh, and are continuously launching attacks on the kingdom from Yemen. The withdrawal came in the immediate backdrop of a Houthi drone attack on Saudi Arabia wounding eight people and damaging a commercial jetliner at the kingdom’s airport in Abha.

President Joe Biden has grown a fascination for pull-outs, it seems. However, they are all turning out to be ill-planned, ill-timed and ones that have catastrophic consequences. What Biden is trying to do is give Iran the upper hand prior to the resumption of peace talks between Riyadh and Tehran. Iran’s envoy to Baghdad (Iraq) confirmed late last month that a fourth round of talks with Saudi officials will be held soon.

The Houthis have stepped up attacks against Saudi Arabia. So, Iran seemingly has the upper hand against Saudi Arabia already. Now, with Joe Biden pulling Patriot missile defence systems out of the Saudi kingdom, Tehran will gain an even more advantageous position, allowing it to set terms for peace with Riyadh.

As such, Iran will be able to market itself around the world as a country that strongarmed Saudi Arabia – the leader of the Muslim world into submission. Such antics would also go a long way in cementing Tehran’s Shia supremacy bogey.

A former Iraqi member of parliament Taha al-Lahibi, in 2015 explained why President Obama was “more cooperative with Shi’ite Iranians.” Barack Obama was willing to work with Iran because of the “Shi’ite background” of his parents, Lahibi reasoned during an interview on an Arabic-language satellite channel. The former lawmaker pointed to the US president’s middle name as proof, with ‘Hussein’ also being the name of Shi’ite Islam’s holiest martyr.

When Obama won the presidency, there was even some pride in Iraq’s Shi’ite strongholds, such as Baghdad’s Sadr City district. “When Obama won,” one local told Time magazine in 2008, “it was a big day in Sadr City. Many people felt, now we have a brother in the White House.” The fact that Shi’ite Iran was afterwards given a highly favourable deal under Barack Obama adds substance to the theory.

Now, being the Obama protégé that he is, Joe Biden is furthering his godfather’s devious plans to unseat Saudi Arabia from its position of influence in the Muslim world, in order to crown Iran with the same title. It is not surprising, therefore, that Biden is banking on ‘diplomacy’ to revive the Iran Nuclear Deal, even in the backdrop of a rabid hardliner and extremist like Ebrahim Raisi being made the president of Iran.

Joe Biden is laying the ground for messing things up in the Middle East as well. By helping Iran in its fight against Saudi Arabia, Washington is shooting itself in the foot. Tehran will come back to bite the United States sooner than later, and then, Americans should remember that it was Joe Biden who facilitated Iran’s uncontrollable rise.