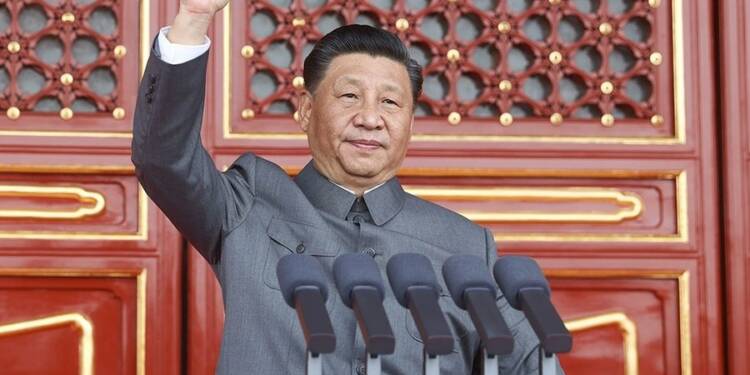 A revolution is around the corner in China. There is only so much the Chinese people can tolerate. Under the totalitarian rule of the Chinese Communist Party, the people of China are seething with anger. They are not even allowed to express this anger. However, that in no manner suggests that the Chinese populace will not take to the streets against Xi Jinping when push comes to shove. Aware of the same, Jinping is now waging a campaign to inculcate nationalism among the Chinese people. However, this sentiment of nationalism is not meant to benefit China, but Xi Jinping alone. It is intended to bolster his image as the messiah and modern builder of China.

At the behest of the CCP, an eight-year-old article has suddenly emerged once again. It has risen like a phoenix from the ashes. This article, published in 2013 was really the foundation stone of all conflicts which China under Xi Jinping was about to give rise to. Intriguingly, the article by Sohu – a Beijing-based online media, search engine, and game service company that has promoted Chinese government propaganda for years, came at the heels of Xi Jinping rising to power in China. It pretty much outlined Jinping’s dream project and sought to project him as a leader under whose leadership the Chinese empire will expand.

A Relic of the Past; A Sensation of the Future

The article by Sohu, which details in a serial order all upcoming conflicts which China would be a part of until 2060 has now taken Chinese social media by storm. People are wildly sharing the propaganda piece, and the CCP is rejoicing. Most certainly, the CCP and its social media army is behind the article going viral. So, what is Xi Jinping trying to accomplish here?

The man is making people ‘rally around the flag’. This is a phenomenon that world leaders usually engage in prior to elections. They ramp up patriotic sentiment, showcase national security as being under threat and seek to further widen societal, cultural, and religious fault lines domestically. This helps them consolidate votes in their favour. Now, China has no elections, so ideally, Jinping does not have to ‘win’ the confidence of the people to remain in power.

However, the threat of a popular uprising looms large over China. And Xi Jinping, fully aware of the same, is trying to remind the Chinese populace of all that is yet to be achieved under his leadership, ranging from the capture of Taiwan between 2020 – 2025 to the occupation of the sovereign Indian state of Arunachal Pradesh, which China refers to as ‘South Tibet’ between 2035 – 2040. The article also makes a case for a South China Sea takeover between 2025 – 2030. Then, China will go on to occupy the Senkaku and Okinawa Islands between 2040 and 2045, after which it will turn its eyes towards Outer Mongolia. After having achieved the occupation of Outer Mongolia by 2050, China will take over Russia, according to the article. This, Sohu argues, will take place by 2060.

The CCP aims at ensuring that the people are overwhelmed by a sense of duty to their flag and country and ignore their own miseries, cast upon them by the current Xi Jinping-led regime. By reminding the people of all that remains to be achieved, Jinping is trying to instil nationalism among the Chinese populace, hoping that the same will help the man overcome the many political challenges he himself faces.

American Presidents, especially those seeking a second term for themselves love to rally around the flag. They try to wage wars, give rise to conflicts, and want to be seen as a messiah of the country. Barack Obama did the same, although he was desperately trying to make the road to the White House for Hilary Clinton easier. Turkish President Recep Tayyip Erdogan also engages in the same tactic. Turkey’s economy is nowhere close to what it used to be. In 2016, Erdogan faced a coup d’état. So, when facing a tough road, Erdogan seeks to invoke the Ottoman pride card, subtly promising a resuscitation of the Ottoman Empire to the Turkish people. He also triggers conflicts in the Mediterranean, and across Turkey’s neighbourhood to somehow benefit domestically.

Read more: Why Xi Jinping has not stepped out of China for the past 600 days

Similarly, Jinping is trying to convince the Chinese public that their problems with his regime are not bigger than the ultimate expansion plans of China.

What the Chinese president has created is an inhumane Chinese regime that oppresses ordinary Chinese citizens, businesses, celebrities and billionaires. There is absolutely no section of the Chinese populace which is happy with the rule of Xi Jinping. In such an atmosphere, rebellions are bound to take place.

No matter how oppressed people are, they simply cannot sit back and mutely spectate as the government runs all over them, destroys their livelihoods, sinks a decent economy, makes the conduct of business extremely difficult and begins a wide-ranging crackdown on leisure activities. The CCP has, since November last year, initiated an all-pervasive crackdown, beginning with the Tech sector and most recently, targeting the country’s super-rich – who are now committing billions towards Xi Jinping’s “common prosperity” goals.

Investors are fleeing China. Xi Jinping is turning China into a global pariah which wages wars against all its neighbours, thus putting the lives of all Chinese people at peril. Xi Jinping is establishing a reign for himself in which rebellions will always threaten his regime. So, he is trying to portray himself as a man who will achieve an unprecedented expansion of China. Xi Jinping is eyeing global domination and is demanding the support of the Chinese populace for the same.