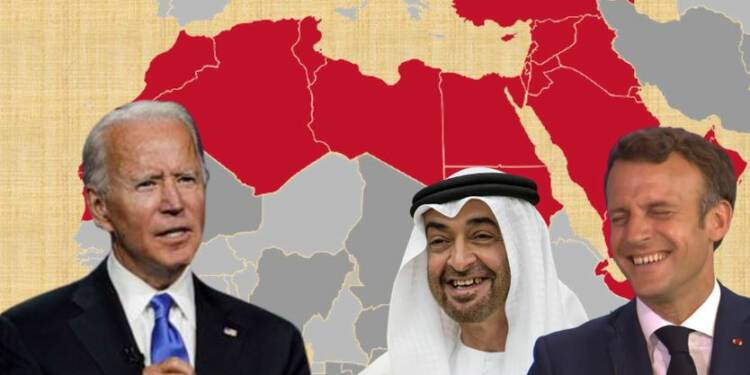 US President Joe Biden is not a bright man. He is certainly not as active and energetic as his predecessor, Donald Trump. However, if there is one thing you expect him to do well, it is selling arms to US allies. This is what the war lobby in Washington D.C. and the US military-industrial complex has traditionally excelled at.

So, here is the big story: France will sell 80 Rafale aircrafts to the United Arab Emirates (UAE), which effectively means that a US-UAE deal for F-35 jets has hit a dead end. Effectively, both the UAE and France have got together to tell Biden- ‘you can keep your F-35 aircrafts; we don’t need them’. And now, the Biden administration is left pleading with the UAE to buy the fighter aircrafts.

Huge setback for American diplomacy and the US military-industrial complex:

In fact, the Biden administration is already in a state of panic. On Wednesday, US Secretary of State Antony Blinken said that the US is prepared to move forward with the sale of F-35 fighter aircrafts and drones to the UAE.

Yet, it is too little too late from the Biden administration. A day before Blinken’s statement, an Emirati official told Reuters that the UAE had already informed the US about its decision to suspend discussions for purchasing F-35 fighter aircrafts, along with other defence equipment, under a $23 billion deal.

Also read: The US, UK, and Australia laid the AUKUS trap and China jumped straight into it

The official cited “technical requirements, sovereign operational restrictions, and cost/benefit analysis” as the reasons for the UAE’s big decision. So, Biden may offer any explanation and may plead as desperately as he wants, the truth is that the US has lost the deal for acquisition of 50 F-35 jets and up to 18 armed drones by the United Arab Emirates.

How the US lost the F-35 deal with the United States?

There is one short answer: Biden’s antics. And there are two immediate causes: annoying the UAE and provoking French President Emmanuel Macron.

Let us make it clear at the outset: Trump had cracked the F-35 fighter aircrafts deal. Having mediated the Abraham Accord between Israel and the UAE, Trump took the US-UAE relations one step further by finalising an agreement to sell fifth-generation aircrafts to the UAE.

However, as soon as he came to power, President Biden started playing ‘hard-to-get’. He antagonised the Arab world, and sought to punish the UAE and Saudi Arabia for maintaining close ties with his predecessor, Donald Trump. Biden even got the sale of F-35 aircrafts to the UAE suspended and this was meant to serve as a message to Mohammed bin Zayed: ‘you gave a big geopolitical victory to Trump, now I will punish you for it’.

Also read: Biden’s suspension of arms sales to UAE makes the Emiratis look toward China for their arms needs

For the UAE, Biden’s antics were a major issue. The UAE wants to tilt the military balance in the region given the existential threat it faces from Tehran and the new challenge that is propping up in form of Turkish expansionism. Mohammed bin Zayed therefore needed an opportunity to snub the United States.

Biden thought he could bully the UAE and get away with it. Had things gone his way, Biden would have probably got away with bullying the UAE. However, in the month of September, Biden ended up antagonising another foreign leader in French President Emmanuel Macron.

Paris had brokered a deal estimated at $66 billion with Canberra in 2016 for supply of a new fleet of submarines to the Australian Navy. But when Biden got together with the United Kingdom and Australia to launch the AUKUS initiative to arm the Australian Navy with nuclear submarines, Canberra decided to cancel its submarines deal with France.

John Kerry, the special presidential envoy for climate, even claimed that Biden “had not been fully aware” of the negative impact of AUKUS on France. Really? Can we actually believe that the US President had no idea that France and Australia had signed a submarines agreement and that he was actually torpedoing it with the AUKUS deal?

Biden was trying to play smart and steal a defence deal from France. Macron himself was left fuming by the way in which Biden backstabbed him. So, he made up his mind to exact revenge on Biden, as and when he gets the opportunity to do so. Selling Rafale aircrafts to the UAE is that big moment.

And Macron made an offer that Mohammed bin Zayed couldn’t reject. France is selling 80 Rafale aircrafts to the UAE, as against the 50 F-35s that the UAE would have got from the US had Biden not played spoilsport. F-35s are, of course, the most advanced fighter aircrafts, but the Rafale aircrafts do not lag too far behind and serve the UAE’s purpose. The US-UAE F-35 deal has therefore been buried for good.

Ultimately, two of Biden’s main haters, Mohammed bin Zayed and Macron, got together and punished him for his bully tactics.

France gets an upper hand over the US in the Middle East:

Consider this: an Arab player and that too a responsible one, was coming directly to buy 50 F-35s, and then Biden got  annoyed sent the player away. Could he have done any worse?

Anyhow, France has grabbed the opportunity with both its hands. With a leading Arab power likely to lead the region in the future using Rafale aircrafts, both France and the Rafale aircrafts have got a really good PR exercise in the Middle East.

Also read: Rafale is wreaking havoc in Libya, consuming Turkish forces like a great white eagle. And India will get it soon

Going ahead, the Middle East is going to remain a strategically crucial region laced with conflicts. Till now, the US played the role of the main power that supported Arab allies in the region. But as the UAE replaces F-35s with Rafales, we are moving into an era where the US becomes dispensable. This is exactly why Mohammed bin Zayed himself had no qualms in openly defying Biden in Ethiopia.

By signing the Rafale deal, the UAE is pushing back against US influence and letting France take up the leadership role that the US was supposed to play in the Middle East.

Miss Universe 2021 is from India. And there is a direct message for China in this

Shinzo Abe sends out a stern message to China, but it’s meant for Biden