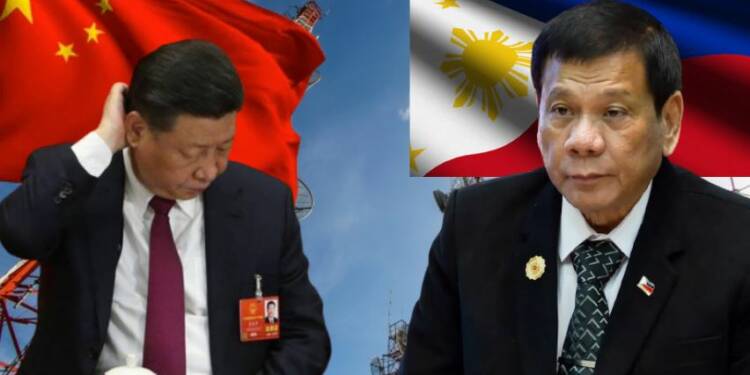 A big shock has just been dealt to China by the Philippines. You see, Rodrigo Duterte is nearing the end of his presidency. Philippines is increasingly becoming a China hawk, as the President’s power over the country wanes and the defense establishment in Manila begins calling the shots. China has infiltrated the Philippines’ core and critical sectors, and the most glaring Chinese intrusion was seen in the telecom sector.

Reported by TFIglobal in December 2021, the Philippines’ China Telecom-backed mobile challenger had started to gain ground. Well, now those gains are getting reversed, because Manila has decided to hurt the Chinese telecom giant and kick the Communist nation out of the Philippines’ telecom sector.

According to Nikkei Asia, an ongoing 8-billion-peso ($156 million) stock rights offering meant to bankroll the expansion of the China-backed telecom challenger in the Philippines has been called off due to “less than ideal market conditions.” The unusual move was made amid “perceived risks” surrounding Dito ahead of a looming leadership change in the Philippines. The bulk of the proceeds of the rights offering was intended to fund Dito’s expansion as it enters its second year in business.

It is now a certainty that a China hawk will become the President of the Philippines once Rodrigo Duterte’s term is over. The next Filipino president is expected to lead a campaign to decouple Manila from Beijing. Now too, what forced the Dito SRO to be called off is unclear, but it would hardly be surprising if the defense establishment of the Philippines intervened and decided that China cannot be allowed to further infiltrate core sectors of the Southeast Asian country.

In December 2021, Dito hit 5 million subscribers. According to chief administrative officer Adel Tamano, revenue reached 2 billion pesos. Dito’s subscriber market share stands at 3.1%, which is slightly higher than the 2.9% share which its rival, Sun Cellular clocked in 2003 — its first year of operation.

But here comes the interesting part. Dito is 60% controlled by the group of Dennis Uy, a business owner and campaign donor to President Rodrigo Duterte, while state-backed China Telecom owns 40%.

According to the commitments which Dito made in its 2018 telecom license auction, the Chinese-controlled company is required to cover at least 70% of the country’s roughly 110 million people in 2022. In line with the same, the telecom provider plans to take its presence from 500 municipalities and cities which it currently caters to, to 800.

However, the recent $160 million shock given to China by Manila will go a long way in ensuring that Dito does not have an unprecedented victory-run in the Southeast Asian country.

Why Philippines Needed to Protect its Telecom Sector

Telecommunications companies possess the technology necessary for communication through the internet, phone, airwaves, cables, wires, or even wireless. They have built the infrastructure necessary for passing voice, words, video, and audio through these means across the world. And it just so happens that the Philippines, under Rodrigo Duterte, had flanked open the doors of the country’s telecom sector for China.

Also read: China is already scared about the prospect of a China Hawk President in The Philippines

The telecom sector is considered critical to a country’s security. It is a strategic asset in which no sane country should allow foreign interference. What we have in the Philippines, however, is a government which has practically sold out the top telecom provider to a Chinese state-owned company which takes orders directly from the CCP’s standing committee.

Yet, Dito has suffered a severe setback, and that tells us how there is a powerful group within the Philippines looking out for the country’s interests.

Anti-China sentiments on the rise in the Philippines

China’s economic coercion of the Philippines has heightened anti-China sentiments in the Southeast Asian country. Chinese deep pockets scarcely matter for the Filipinos who have had enough of China’s military adventurism in their waters.

As such, the multi-million-dollar shock given to China really marks just the very beginning of an imminent all-out onslaught on Beijing in the times to come.

Collection of Never let them see you sweat quotes