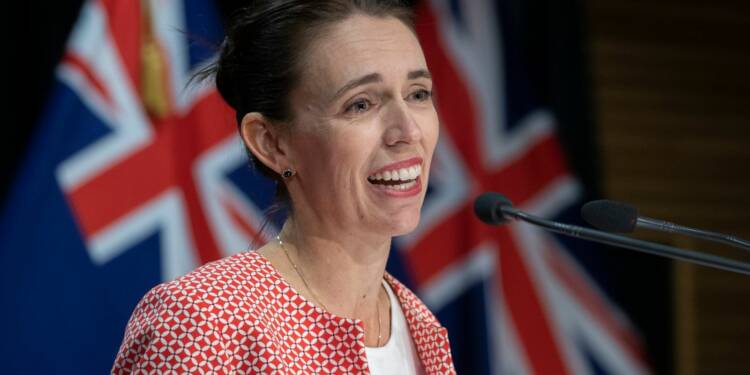 When COVID-19 Pandemic took a grip of the world at large, the New Zealand model of disease containment was being hailed as a success story. But today, it is facing thousands of COVID-19 cases, anti-COVID protests and economic downfall. But how did this happen? Well, Jacinda Ardern’s ‘zero-COVID policy’ is the reason.

Amidst the ongoing Pandemic, all countries have realised one thing- you will have to learn to live with the Pandemic. Only two countries- China and New Zealand didn’t realise this. And the consequences for these two countries haven’t been great. China has, of course, faced a massive economic downfall and an alleged 1.7 million deaths.

Read more: How China’s Zero Covid policy could end up wiping out a large portion of China’s population

When the COVID-19 Pandemic, countries around the world closed their borders, issued travel restrictions and imposed nationwide lockdowns. It made sense because such measures helped avoid COVID-19 cases and ramp up healthcare facilities. But after a few months, countries naturally opened up.

New Zealand however never gave up its containment strategy and adopted a zero-COVID approach. Every single case was followed by tight lockdowns and aggressive containment measures.

On August 17 last year, New Zealand received its first case of COVID-19 since February 2021. Yet, only four hours later, Ardern declared a tight, level-four nationwide lockdown. Don’t you feel it was a little too much? Health experts criticised the zero-COVID strategy, called it archaic and misinformed, and designated New Zealand as a ‘hermit nation’.

Every time Kiwi authorities imposed a huge lockdown following a single case, they felt they were saving lives. But they weren’t. They were actually exposing their own citizens to new variants by making them vulnerable.

Last year, the US Centers for Disease Control and Prevention (CDC) revealed how natural immunity provided helped resist the Delta wave in the country last year.

Due to Ardern’s zero-COVID approach, Kiwi citizens remain totally unexposed to the virus. Any new variant threatens to leave a bigger impact on New Zealand’s population as compared to other populations who have learnt to live with COVID.

So, the result is that New Zealand is now in the midst of a major Omicron outbreak. Over 18,000 cases were recorded on Saturday. This was only slightly better than over 20,000 cases recorded in recent days. The number of deaths too is going up. Five people died on Saturday bringing New Zealand’s Pandemic to 68.

Roads around New Zealand’s Parliament in Wellington were clogged for over three weeks by protesters’ vehicles. The protesters want an end to Coronavirus mandates and travel restrictions. On Wednesday, New Zealand police even used brute force to thrash the protesters and clear roads around the Parliament.

Ardern is turning undemocratic in her approach. On the other hand, New Zealand’s citizens are fed up with her tight lockdown policies. During the third quarter of the ongoing financial year, New Zealand’s gross domestic product (GDP) shrank 3.7%. The economy was hit by the restrictions that followed a Delta outbreak in the country.

New Zealand is running out of patience and willpower for Ardern’s zero-COVID strategy. The country will have to open up sooner or later. However, there is a big immunity gap because Kiwi citizens could never develop natural immunity, unlike other populations. And this puts them at great risk of more infections and more fatalities. At the end of the day, it is Ardern’s decision to copy China which is to be blamed.