Investors are pulling out of China, as it gets sick again 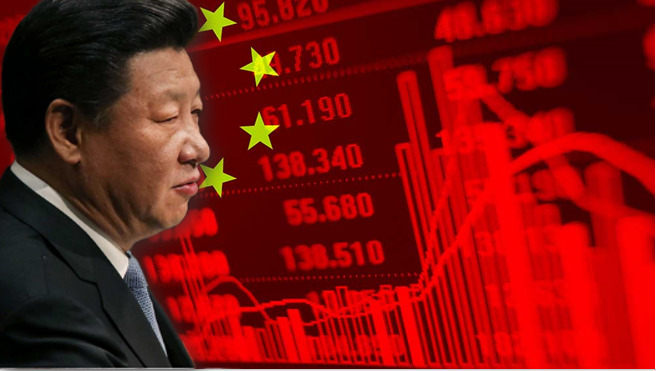 China is getting sick again. Millions of people in China’s financial centers like Shanghai and Hong Kong are experiencing lockdown once again.

Meanwhile, the investors are now getting spooked. They are quite aware of how the latest COVID wave in China could eat up their money all over again. So, they are packing up whatever they had invested in the Chinese stock market and are running away in find of solace.

In all fairness, the Chinese stock market crisis didn’t start in 2022. It started last year, with the real estate crisis and energy shortages in China triggering an economic collapse.

Many stock investors are of the opinion that a market-illiterate madman is at the helm of affairs in China. Add to it, Xi Jinping’s relentless crackdowns on the private sector. So, they pulled their money out of the Chinese stock market.

However, there was also another set of investors, which insisted that China will bounce back. These investors were bullish on China and were still in awe of several decades of stunning economic growth in the Communist country.

And then, the energy sector has only worsened with the outbreak of the Russia-Ukraine war. So, investors in China were divided into a broad binary- bulls, and bears.

Investors got their money trapped in the Chinese stock market

Those who were anticipating a recovery in Chinese economic growth ended up getting their money trapped in China. Out of an unreasonably positive outlook of China, they anticipated that the Chinese government will inject money into the real estate sector and revive embattled property giants. They also thought that the energy crisis would be short-lived and China will ultimately get over it.

What these investors overlooked was the fact that the Chinese government is itself in troubled waters. China had been hiding its provincial government debt, which was estimated to have risen to half of the Chinese GDP by September 2021 end itself.

The real estate crisis, on the other hand, remains unlikely. China has already over-stretched its construction sector. Much of the Chinese infrastructure is lying unutilized and consumer demand is simply not picking up. Even if the real estate companies were to be somehow rescued, it won’t help in reviving the Chinese property sector in shoring up economic growth.

Therefore, bullish investors got their money trapped in a Chinese economy that was never going to rise again. The latest COVID-19 wave would however be the last straw.

As COVID-19 cases started to pick up in China in a rather unprecedented way this year, investors decided that they have had enough.

Read more: No one is buying Chinese stocks even at a 75% discount

Bears turned into bulls, and Financial Times reported that foreign investors are selling Chinese stocks at a record pace. They have sold 6 billion dollars worth of Chinese stocks in the first three months of this year.

Pruksa Iamthongthong, senior investment head of Asian equities at Abrdn, said, “China stocks have been in a perfect storm for the past two weeks, and global investor confidence in Chinese stocks is so low that the volatility will continue.”

As per SCMP, JPMorgan Chase downgraded 28 Chinese tech stocks to neutral following double-digit losses on consecutive days. The investors have been advised to stay away for the next 6 to 12 months.

China offers a lot of uncertainty with no political or economic stability in sight. The investors have made up their minds. They understand that investing in China is a risky prospect and hence they are pulling out whatever they had invested in China.