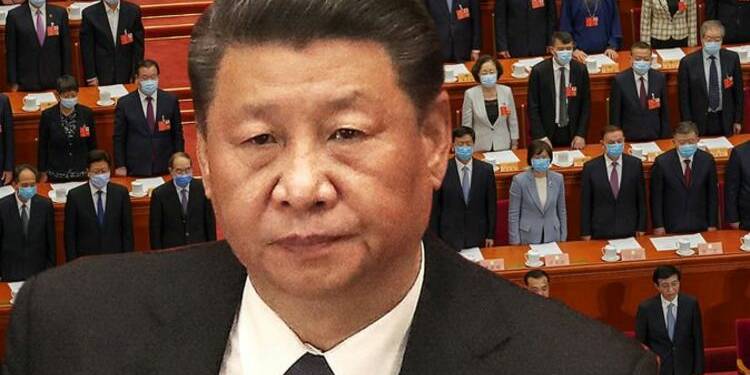 The Russia-Ukraine war has enlightened corrupt Chinese Communist Party (CCP) officials. From the experience of Russian oligarchs, they understand that a military invasion campaign could lead to Western sanctions and freeze wealth stashed abroad.

According to The Epoch Times, China analyst Yuan Hongbing, based in Australia, claims that China’s “red aristocrats” are practically united in their opposition to Xi Jinping’s ambitions to invade Taiwan.

The expert said that the Chinese communist princelings are fearful. They worry that any rash decision by Xi could end up freezing their wealth abroad.

Yuan said, “The princeling families are almost driven crazy”. The China expert added, “Not only that. So are certain upstarts.”

Chinese billionaires in general and the corrupt CCP officials, in particular, are keenly observing how Russian oligarchs have been affected by American and European sanctions.

Russian billionaires have been targeted relentlessly ever since the Ukraine crisis started. All their major assets including popular football clubs and swanky yachts have been frozen by Western powers.

Countries like Germany, Italy, the US, France and the UK have sanctioned dozens of Russian oligarchs. Their luxury jets, opulent yachts, and other assets stand frozen.

Many of these oligarchs have tried to park their wealth in safer destinations like Armenia, Dubai and Israel. But when you have billions of dollars in wealth, you cannot really hide it all from those trying to go after it.

The message to corrupt CCP officials is thus loud and clear- they should be ready to lose much of their wealth if Xi goes for a military misadventure in Taiwan.

And remember, it is China that we are talking about. The country has the highest number of billionaires in the world. It has a total of 1,133 billionaires. Only by 2017, China’s Parliament had about 100 billionaires.

Those in influential government and party positions in China have since long enjoyed kickbacks and bribery to get super-rich. Once they amass billions of dollars in wealth, they stash all this money abroad in order to keep it hidden and safe.

In 2014, a report by the International Consortium of Investigative Journalists (ICIJ) disclosed that relatives of at least five serving and former top Chinese leaders were shareholders in many offshore companies.

The ICIJ report also revealed that it had collected evidence that many Chinese firms and individuals “have used offshore entities to engage in illicit or illegal behaviour”.

Professor Dali Yang, a political scientist at the University of Chicago, said, “The fact that some of China’s most politically well-connected families are implicated suggests that they are as worried about the safety and anonymity of their assets as many others.”

Some shocking revelations were made in the report. Two children of former premier Wen Jiabao too had a stake in offshore companies. Similarly, the glamorous daughter of former premier Li Peng, Li Xiaolin held stakes in two companies registered in the British Virgin Islands. She had also served as a vice-president of the state-owned China Power Investment Corporation.

A Taiwan invasion would be nothing short of a nightmare for China’s ruling elite. It will result in the freezing of all of their assets. More significantly, as news of their secret wealth is revealed, Xi may relaunch his anti-corruption drive in order to eliminate any substantial challengers to his dominance inside the CCP.

The corrupt CCP leadership is thus pushing back against Xi with all its might. They are hell-bent on avoiding an invasion of Taiwan for obvious reasons.