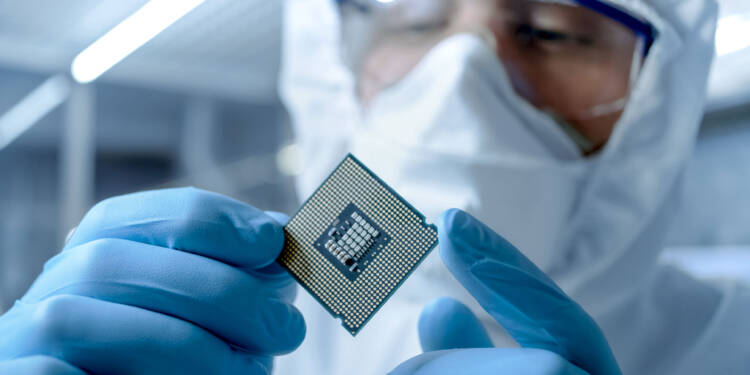 A Nikkei Asia report has recently disclosed a massive plan to kick China out of Southeast Asia with the use of semiconductors.

As per the report, the US and Japan will ask ASEAN countries to participate in a new supply chain framework addressing the shortage of semiconductors and other strategic goods.

The US will release a new Indo-Pacific Economic Framework. The purpose of the new arrangement will be to create a new economic bloc for the region. The grouping is expected to be based on shared values like freedom and democracy, which means China will be implicitly excluded.

The draft document has been sent to the Japanese government and the two sides are now working on the specifics, in a bid to wean ASEAN countries away from China. The draft also includes a statement about respecting labour standards. This is a clear reference to China’s Uyghur labour camps and the human rights abuses in the Communist country are being clearly weaponized to keep it outside the semiconductor supply chains.

It’s not just about semiconductors

The proposed framework is not purely about semiconductors. It is an intermix of diplomacy and economics.

Yes, Japan understands that Southeast Asia wants to emerge as a global semiconductors hub. And Japan, in association with the US, is ready to help these countries achieve their semiconductor ambitions. They will be put at the core of international semiconductor supply chains.

However, by associating ideas like democracy, freedoms and labour practices in the same framework, Japan seems to be setting a precondition of sorts for the ASEAN countries. If ASEAN countries want to emerge as global semiconductor powerhouses, they will have to severe their relationship with Beijing.

For ASEAN, there isn’t much of an option. They understand that there is a global shortage of semiconductors. China cannot help them, because it is itself suffering from their shortages. Without semiconductors, the ASEAN countries will find their own electronics industries come to a grinding halt. So, they must cooperate with the likes of the US and Japan.

The new Indo-Pacific framework thus serves as a brilliant strategy for Japan to kick China out of Southeast Asia.

South Korea and Taiwan too may join in

And believe it, when we say this. Things could get a lot worse for China. Right now, only Japan is looking to kick China out of Southeast Asia. South Korea and Taiwan too were approached to become a part of the proposed initiative on semiconductors last year. However, things didn’t work out.

Historically, the relationship between South Korea and Japan has been tepid. Tokyo and Seoul also have differences over chipmaking materials. Therefore, there has been no development on the issue till now.

However, South Korea’s new President Yoon Suk-yeol, who is to take oath in May, sounds willing to attempt rapprochement with Japan. If Japan and South Korea actually end up improving their relationship, then they may even join hands on the semiconductor front.

Read more: “Enough is enough,” Japan finally says no to warmongering by Biden to counter China

Together, the US, South Korea and Japan account for over 70% of the total semiconductor production. If they start investing in Southeast Asia together, then it will serve as major leverage to kick China out of the region.

Taiwan too is a major manufacturer of advanced chips. As a result, it may also aid in the exclusion of China from the global semiconductor supply chain.

The conditions are ripe for the United States and its allies to keep ASEAN countries out of China’s sphere of influence. If everything goes according to plan, the Dragon could suffer a catastrophic setback.