It’s official: CNN is at the verge of dying 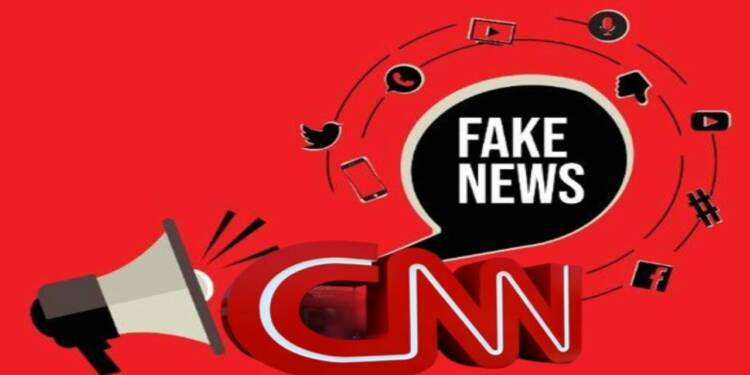 CNN’s story is a real story of rise and fall. And now, we have learnt that Warner Bros. Discovery Inc. is shutting down CNN+ within a month of starting it. Apparently, the new leaders are reassessing their online strategy and looking at ways to cut operational costs. So, why is CNN+ being shut down and what does it mean for CNN? Let’s find out.

In the years ahead, CNN continued to do well. So, why was it getting so famous? Well, it was running a really tough agenda against Trump. If the former US President said or did something significant, CNN would immediately start outraging. Some propaganda piece would be published ridiculing Trump or some CNN anchor would say something to disgrace Trump.

The kind of content that CNN was writing managed to engage Trump haters. When the man you hate is in power, you naturally start liking media houses that condemn him. Interestingly, even Trump supporters started watching CNN, either to condemn CNN or to watch Trump hit back at the media house. So, you would remember how Trump called CNN ‘fake news’ and everyone seemed to watch CNN when it was roasted by the former US President.

The expansion and Trump’s exit

CNN did what every successful venture does during its successful days. It started expanding and spending more. It actually had the wherewithal to start expanding itself. But once you start earning and expanding more, you also end up spending more because more people are hired and more investments are made.

But then something dramatic happened.  Trump lost the 2020 Presidential polls and this would mark the end of CNN’s dramatic rise. After all, it could no longer use condescending propaganda against Donald Trump to attract more viewers.

Read more: Donald Trump is going to sue the living daylights out of CNN

Yes, between the day after the election, that is, November 4, 2020, and Biden’s inauguration on January 20, 2021, CNN did manage to retain 2.5 million primetime viewers. It then had a lot of material to bash Trump including the former US President’s allegation of the polls being stolen. Later, it also started implicating Trump for the January 6 violence at the US Capitol.

Read more: Did Nancy Pelosi have information about a possible siege at the Capitol Hill and still chose to stay mum for political benefits?

However, once Biden came to power, CNN’s ratings continuously declined. It is naturally difficult to sustain good viewership ratings when you are too pro-establishment of a news network. CNN doesn’t get much material to criticize Trump, so there are no outrage stories that Trump haters get from the news network. On the other hand, Trump haters too don’t get any interesting material from CNN.

Read more: CNN loses nearly half of its viewership after Joe Biden steps in as President, its only saving grace has been Donald Trump

What CNN writes about is woke concepts, LGBTQ rights and the critical race theory. Who reads it anyway? Far-left Americans have a general feeling that things are going their way, so no real need to read what CNN says. Trump supporters, on the other hand, don’t really want to watch far-left propaganda. It was recently reported that CNN’s average audience stood at just 534,000, a 68% decline from 2021.

Less viewership means less money. But CNN had expanded its presence and expenditure when its viewership went up during the Trump era. CNN did try to diversify with CNN+that offered a mix of lifestyle shows and conventional news coverage, apart from a daily interview program from Chris Wallace and a food and travel series by Eva Longoria.

However, given the strong sense of political polarization in the US and CNN’s overall image, CNN+ simply didn’t work out in its 23 day-long stint. A total of $300 million were spent on the project but CNN thought it’s better to shut operations now before more money is invested and wasted in the project.

Today, CNN is officially on the verge of dying and this concludes the story of its dramatic rise and fall.

Germany: The only country that has China hawks, China doves, Russia hawks, and Russia doves working together