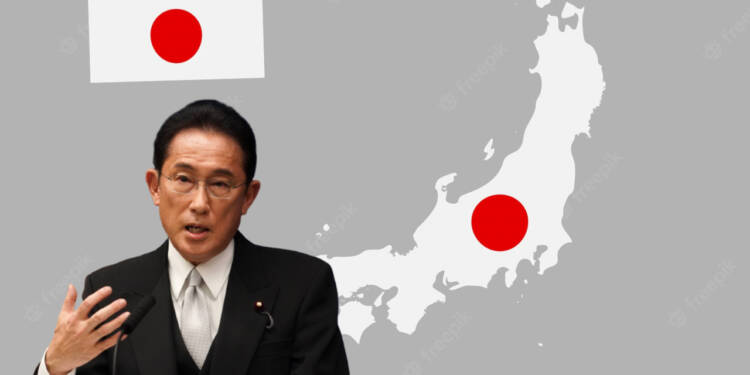 Japan’s entire history after the Second World War has rested on avoiding unnecessary conflicts and devastating wars. The country has had enough after the two nuclear bombings during the World War. Till now, it has done a pretty good job at avoiding wars. However, Japanese PM Fumio Kishida may just have committed a fatal mistake by angering Russia and putting the entire country at risk.

Till now, Russia has maintained silence on the issue of the Kuril Islands dispute with Japan. However, Tokyo has now rubbed it the wrong way and suddenly Russia seems to be taking a tough stand on the issue.

The Russian Foreign Ministry has made it clear that former Japanese residents of the Russian-controlled, Japan-claimed Kuril islands may be required to obtain visas when visiting their families’ graves there.

Nikolay Nozdrev, director in charge of Japan and other Asian countries at the Russian Foreign Ministry said, “No special treatment or simplified procedures will be applied”.

In fact, Russia-Japan ties have been going south for quite some time now. In March, Russia said that it would suspend bilateral negotiations with Japan, including on the Kuril Islands dispute, to explore a peace treaty with the Japanese.

However, this one last show of possible peace between Tokyo and Moscow too seems to be vanishing now. Nozdrev said that Russia cannot negotiate with a country that “overtly poses a threat to our country.”

Japan seems to be in a tough spot given its souring relationship with Russia.

On Russia’s part, the Kuril Islands was never at the top of the priority list. It was more or less fixated on the Western front and was more interested in securing its Western border. Kuril Islands dispute remained unresolved but it was never as if the dispute would get blown out of proportion and lead to actual fighting.

And once Shinzo Abe came to power, Moscow and Tokyo actually started showing signs of collaboration in strategic areas. The two countries seemed well on course to finalise a peace deal that would have proved beneficial for both sides.

However, when Fumio Kishida decided to join the US and the EU in sanctioning Russia, Putin got provoked. He decided to end all efforts at reaching a peace treaty with the Japanese and reignited the Kuril Islands dispute.

On his part, Kishida has really made the wrong choice. He had the option of staying neutral during the war despite American pressure. He could have said that Japan is the only country in the world to get nuked twice and now it won’t be taking sides in a war of the scale being waged in Ukraine. This way it would have managed to avoid irking Moscow. In fact, India too decided to stay neutral during the ongoing war and actually avoided any adverse consequences.

Read more: Japan is being hijacked by China dove cowards. Kishida must be sacked now

Now, it may already be too late for Japan. Russia is clearly looking to make a major issue out of the Kuril Islands dispute and is perceiving Japan as a threat. And when Russia starts describing someone as a threat, it actually takes some big steps to neutralise the threat regardless of the economic and political consequences involved.