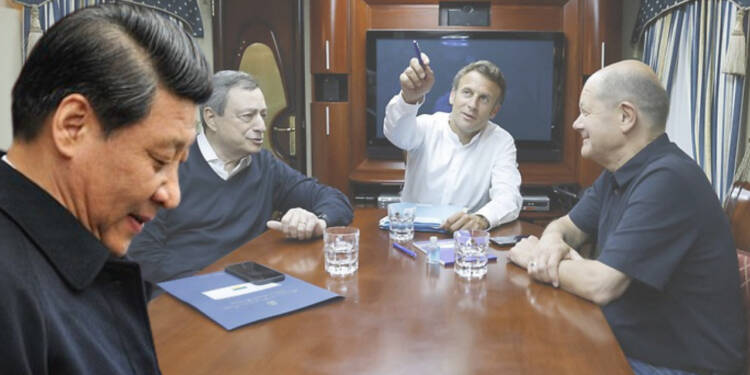 A hiatus of about two years has had diplomatic consequences for China. The G20 leader has locked himself out in his country for a long time and has been working from home since then. Oppressing the Chinese people and ethnic minorities and driving the Chinese economy into the ground is what the Chinese president carried out from his residential space and comfortable office. Well, this was just a by-product of the Chinese president’s own making- Zero-COVID Policy.

Xi Jinping has not stepped out of his country for the longest time owing to the stringent zero-COVID policy. Ever since the pandemic crept in, it even destroyed the social fabric of the world. Leaders from across the world greatly reduced their international trips and so did China. However, the other leaders have adopted the path to normalcy but China is still not getting over its Zero-COVID policy. And since diplomacy cannot really be carried out to its fullest potential online or via video conferencing, Xi’s work-from-home strategy hampered his country’s foreign relations.

Face-to-face and in-person talks are crucial for cementing ties between nations, and China is losing big time due to Xi’s reluctance to travel abroad, at a time when Beijing’s global image has, in any case, taken a massive hit.

Lately, Jinping might have realised the significance to hold in-person meetings. Now, he is on a course-correction spree. Now, China is begging in front of the European leaders to meet Xi in November. Invitations have been sent to German Chancellor Olaf Scholz, French President Emmanuel Macron, Italian Prime Minister Mario Draghi, and Spanish Prime Minister Pedro Sánchez, according to a senior source familiar with the situation.

The proposed date for the meeting would likely be right after the 20th party congress, which is expected to take place in the month of October. The trips would coincide with the G20 summit in Bali that month and would signal Western European leaders’ return to China after almost three years of a zero-Covid policy that has prevented direct diplomacy with China in person.

The official added that Wang Yi, China’s foreign minister, will visit Europe in September while en route to the UN General Assembly in New York when he “will be preparing these high-level visits to China.”

But the main question is will the leaders accept the proposal? Most probably, no.

Why the countries won’t meet Jinping

Countries around the world blame China for the devastation caused by the Covid-19 pandemic. Additionally, growing Chinese belligerence and wolf warrior diplomacy seems to be dissuading free and democratic countries from engaging with Beijing. Meanwhile, those countries which have been debt trapped by China want nothing to do with the paper dragon.

As such, no countries are interested in meeting Xi Jinping, which is quite a statement on the freefalling stature of China around the world. But it isn’t like Xi Jinping has not been trying to get out of China to clear his head. Throughout 2020, China desperately lobbied Japan to make time for a state visit by Xi Jinping. Tokyo, however, kept delaying and stalling the proposal, until China finally realised that Japan was not in the mood of hosting its tyrant.

The world community is infuriated with China. Even if governments on an official level might hesitate to direct their anger against China and its leaders, the people of any country – ordinary citizens who have suffered the most due to Covid-19 will definitely not shy away from staging demonstrations and protests against CCP General Secretary Xi Jinping if he chooses to visit their country on a diplomatic tour.

Read More: Why Xi Jinping has not stepped out of China for the past 600 days

Now, Xi Jinping has understood the significance of holding in-person meetings with leaders of foreign countries but it seems too late. The Chinese president is now pleading in front of the European leaders but they refuse to give him a new lease on life.