Lately, in Jamaica, there was a well-respected member of the community who was gunned down near his home. His killing not only exposed the recurring failure of the entire justice system but also the shallow promises of Prime Minister Andrew Holness 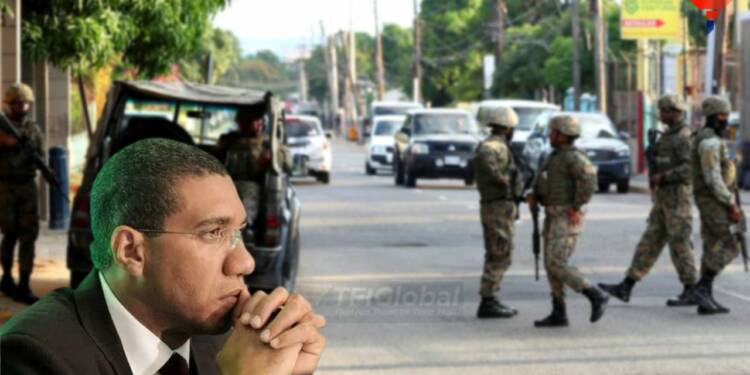 Andrew Holness in News: Jamaica comes in the category of one of the most dangerous countries. In fact, according to data from the Inter-American Development Bank, crime has resulted in a 4% loss of Jamaica’s GDP.

The Caribbean nation comes next to El Salvador which is the most unsafe country in the world. In addition to murder, robbery is another menace in Jamaica with a 17% rise in it.

Hence, in response to skyrocketing crime, the prime minister of Jamaica, Andrew Holness, proclaimed a state of emergency (SOE). The measures were promulgated in the capital, Kingston as well as in six parishes. The emergency gives wider powers to the police and security agencies to arrest Jamicans and search their properties without any warrant.

Regime of Andrew Holness defended its move to implement the SOE, with the police commissioner emphasizing that Jamaica would witness a decline in crime.

Why are SOEs a problem?

However, the SOEs in Jamaica are a complete failure. They have not been able to attain the stated objectives, instead the emergency has resulted in the victimization of innocent people and led to countless ordeals of people’s constitutional rights being violated.

In fact, recently Jamaica’s Supreme Court also condemned administration of Andrew Holness for some illegal confinement.  In 2020, the Supreme Court gave a  verdict in which it stated that the detention of five men without charge was unconstitutional. The chief justice also observed that Holness’s government overstepped its authority in holding the men for months without charge or warrant.

While innocent Jamicans are suffering due to the draconian measures of their government which believes that emergency will solve everything, innocent people continue to become targets of brazen criminals.

Recently, a minister of religion was shot and killed by an unidentified gunman in Portmore, St. Catherine, according to Loop News. Lynval Lewis, who succumbed to his injuries while undergoing treatment, was a respected man in the community and the husband of a councillor of Jamaica Labour Party (JLP).

Addressing the killing of Lewis, Andrew Holness, who was speaking during a virtual meeting with the Jamaica Umbrella Group of Churches, stated that the method to annihilate murder from Jamaica “is to change the hearts of men, through social and religious mores, and the culture of society.”

Andrew Holness also stressed that his government will continue to implement emergency measures to combat crime in Jamaica, he also added that new SOEs will be proclaimed before the end of this year.

Unfortunately, Jamaicans are enduring a leader who is so blind and ignorant to the real crisis facing the nation. The cycle of crime will refuse to die down in Jamaica because it has a government which is not recognizing the real factors that are causing the problem in the first place. Holness’s regime believes that the proclamation of emergency will resolve this mess, however, its swift implementation of brutal steps such will only intensify the danger instead of averting it.

Edupayala Temple, Timings, History, Travel guide and How to reach