In the backdrop of countless endeavours of Washington to undermine the political sovereignty of Haiti, an organisation called National Endowment for Democracy (NED) further escalated the chaotic situation in the Caribbean country 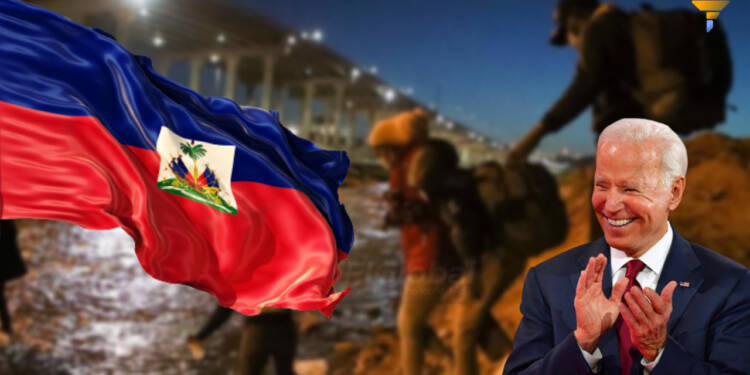 National Endowment for Democracy: Haiti is a nation which has for a long time been brutalised by the US. In 1915, Washington’s forces invaded Haiti and appropriated the gold from its banks. The US also tampered with Haiti’s constitution, legalising the purchase of land in the country by foreign investors.

The US occupation was opposed by Haitians, this resulted in the killing Charlemagne Péralte, a cherished nationalist figure in the anti-colonial movement of Haiti.

And even after the demise of its occupation, the US continued its colonial plot against Haiti, rigging the polls and establishing puppet regimes. Washington, which has a long history of lecturing the entire world about democracy, also backed a cruel autocratic regime in Haiti, Duvalier Dynasty.

Last year, in the wake of the assassination of former president, Jovenel Moise, there were several speculations which stated that the Biden administration had a role in it. However, nothing is official as of now.

National Endowment for Democracy (NED) and its role in Haiti

Now, currently there is an organisation called National Endowment for Democracy (NED) which is involved in weakening the political autonomy of Haiti. Regarded as a part of the CIA, the co-founder of NED, established in 1983, Allan Weinstein told the Washington Post, “A lot of what we do today was done covertly 25 years ago by the CIA.”

The National Endowment for Democracy (NED) describes itself on its website as assisting “democratic institutions abroad” such as political parties, human rights groups and media.

However, this is far from reality as the National Endowment for Democracy NED financed so-called civil society organisations to overthrow the regime of former president Jean-Bertrans Aristide. Aristride and his associates were toppled in a coup in 2004.

In the 2000 general elections of Haiti, Aristide managed to secure 92% of the vote and his party known as Lavalas, won 80% of the seats in the House of Assembly. Soon after his electoral victory, National Endowment for Democracy (NED) began plotting the downfall of his democratic regime with opposition parties and some other groups.

In fact, with the assistance of its subsidiary, International Republican Institute (IRI), the NED funded a misinformation campaign to overthrow Aristide’s administration. The campaign involved financing several civil society organisations, one of which was Democratic Convergence (CD). CD was created by National Endowment for Democracy (NED) following Aristide’s election, it was a coalition group of hundreds of political organisations.

CD’s members included businessmen, bankers, intellectuals etc. They later founded another anti-Aristide organisation which was financed by Washington, called the Group of 184. It killed thousands of Aristide’s supporters.

Read more: Haiti started winning the day it started alienating from the west, now the result is out!

Out of these, the RNNDH and its founder, Pierre Esperance, were involved in the destabilisation campaign against Aristide. They falsely claimed that Aristide was an authoritarian leader and circulated fake news against the then prime minister, Yvon Neptune, such as accusing him of ordering the massacre in La Scierie near St-Marc.

As a matter of fact, due to the falsehoods of RNDDH, many innocent people who were affiliated with Aristide’s Fanmi Lavalas party were arrested and subjected to criminal prosecution during the LaTorture regime in Haiti.

Read more: US and Canada’s Haiti debacle is far from over

As of now, the political, social and economic picture in Haiti is chaotic. Sadly, Washington has still not realised that it has already wounded the sovereignty of Haiti as the US administration is intent on plotting new conspiracies to somehow interfere in the internal affairs of the Caribbean country.